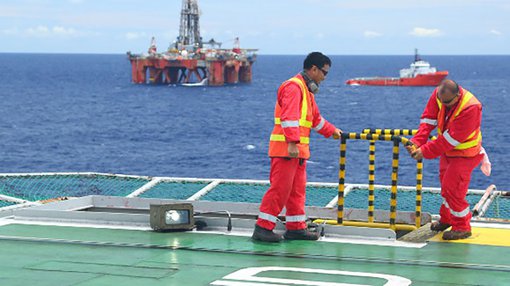 Australian oil and gas explorer Otto Energy (ASX:OEL) has issued a formal to notice to Maersk to mobilise its ultra deepwater drill ship Venturer to the location of its maiden offshore Philippines well, Hawkeye-1.

The ship is expected to set sail by Friday, July 31st, with drilling to commence just a few days after.

Hawkeye-1 sits within OEL’s SC55 Block and is targeting a potential pocket of oil below a gas cap with a medium success case of 112 million barrels of oil, with around 74 million barrels net to the company’s 63% interest.

Taking advantage of a low oil price and discount drilling rates, OEL estimates the Hawkeye-1 well will cost between $30-$35M, around half of previous rates when oil fetched over $100 a barrel.

This Friday, July 31st 2015, the Maersk Venturer is due to begin sailing from the Malaysian port Labuan to the SC55 Block offshore the Philippines. Once it arrives on station, it’s anticipated to take one to two days to commence spudding Hawkeye-1.

The prospect sits in 1,700m of water with the very top of the target structure 1,000m below the mudline. It’s anticipated that the drill will reach this zone around 15 days after the spudding, with a total of 23 days expected between spudding and rig release.

OEL is expected to give weekly drilling updates and any hydrocarbon shows could be reported immediately, promising a steady news flow from the imminent drilling event.

Hawkeye-1 could open up a new frontier

OEL has worked up at least nine more hydrocarbon prospects in the vicinity of Hawkeye-1, including the Cinco Prospect, a best estimate prospective resource of 1.6tcf of recoverable gas.

OEL believes that success at Hawkeye-1 could open up a new frontier of oil and gas prospectivity in the southwest Philippines, potentially transforming its company value from it’s current market cap of around $80M.

As it prepares to begin drilling Hawkeye-1, OEL has just paid out a share of the $108M it made from selling its stake in the producing Galoc field offshore the Philippines earlier this year.

OEL’s shareholders approved, by a show of hands, a capital return of A$0.0564 per share with an unfranked Special Dividend of $0.0076 paid simultaneously, drawn from the funds received in the sale.

Even after this capital return, there should still be US$43-45M in the company’s kitty – enough cash to fully fund the next two years of planned exploration activities across its current assets.

In a further development of OEL’s asset portfolio, the company has signed a Letter of Intent to acquire an 8% and 10.8% interest in two areas of Alaska’s prolific North Slope being developed by private oil and gas explorer Great Bear Petroleum.

This move gives OEL onshore assets in both Alaska and Tanzania in addition to its offshore SC55 Block in the Philippines.

Great Bear’s 558,195 net acres on the North Slope are adjacent to both the 25 billion barrel Prudhoe Bay field and the the 5.9 billion barrel Kuparak field. It also borders the Project Icewine area being developed by 88 Energy Limited (ASX; AIM :88E), which is fast tracking a drilling programme for an 8 billion barrel potential target.

OEL will earn a 40% share of a company called Borealis Petroleum Pty Ltd by paying staged capital injections totaling $4M, and receive an 8% and 10.8% interest in two areas of Great Bear’s vast acreage.

When completed, the deal will see OEL participate in 2 oil discovery appraisal wells and 1 exploration well with Great Bear in the 2015/16 drilling season. Great Bear has a three well drilling programme underway presently, with results from the first well called Alkaid-1 due to be released shortly.

Great Bear has spent over $150M shooting 3D seismic and drilling unconventional stratigraphic test wells across its acreage, proving that it holds geological sources for both conventional and unconventional resources – which will be tested by the wells OEL is set to partner in.