Transerv Energy (ASX: TSV), the WA-based gas explorer, has announced that both its Warro wells in the Perth basin now have natural flow.

TSV is moving closer towards completing the ongoing well testing programme funded by Alcoa as part of its’s project farm-in arrangement. Both Warro-5 and 6 are in the onshore Perth Basin, which has been tipped as one of the more promising petroleum basins onshore Australia. TSV has a 35% stake in the field, with industrial giant Alcoa holding 65%.

Earlier this week, TSV said that Warro-5’s flow rate has slowly increased to 0.52mmcfd (million cubic feet per day), while “accompanying water rates have steadily declined to 290bwpd (barrels of water per day). A decreasing rate of water production is generally a positive sign for gas exploration, indicating that wellhead pressure can remain stable and conducive to reliable gas production.

Two weeks ago, TSV updated its shareholders that its Warro-6 well was flowing naturally following the completion of maintenance work as part of the well clean-up stage. At the time, TSV was working quickly to get its Warro-5 well into natural order by utilising jet pumps which help to remove unwanted water therefore allowing gas to flow unimpeded.

At Warro-6, TSV reports that the gas flow rate is now averaging 0.62mmcfd with associated water flow now at 240bwpd, and declining. Merely four days prior, Warro-6 was averaging 0.7mmcfd with water rates at 300bwpd.

TSV’s development work aims to get the two wells cleaned up and ready for stable production.

Warro-5 was drilled down to 4422m at the end of September, hitting a gross gas-bearing interval of 175m.

Warro-6 was completed down to 4462.5m (a gross interval of 315.5m), which is deeper than Warro-5 because TSV wanted to test deeper horizons that were never previously explored. 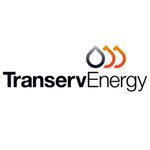