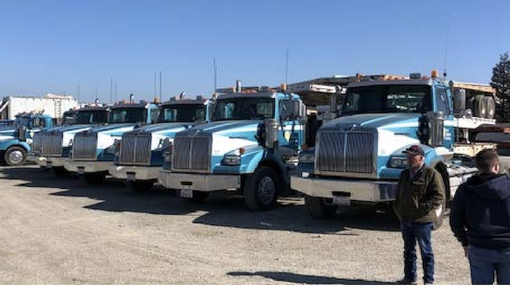 Sacgasco Limited (ASX:SGC) has signed a drilling contract that will facilitate the imminent spud of the Borba 1-7 Well in the Northern Sacramento Basin onshore California.

The rig has mobilised to site and drilling will commence within one week, a significant milestone for Sacgasco and no doubt a contributing factor in terms of the company’s shares more than doubling in the last two months as the much-anticipated spud drew closer.

In fact shares were 25% higher within ten minutes of market open today as the company made its announcement.

Sacgasco is an Australian-based energy company, predominantly focused on conventional gas exploration and production in the Sacramento Basin, onshore California.

The company has an extensive portfolio of natural gas producing wells and prospects at both exploration and appraisal stages, including multi-trillion cubic feet (tcf) opportunities.

Sacgasco is targeting gas supply to the local Californian gas market and the burgeoning LNG market in North America.

Today, management flagged that it will shortly release a Resource Report prepared by a highly respected independent party for the Borba well, as well as providing its own analysis of the resource potential for the broader Borba Trend that the group now controls.

Consequently, with the Borba Spud, upcoming exploration results, the release of an independent resource report and commentary on the potential for the broader Borba trend, it isn’t surprising that the company has caught the attention of investors with daily trading volumes consistently breaking new records in recent weeks - volumes on Tuesday were the second highest in the last eight years.

There was a significant development just yesterday when management announced that it had taken a 20% working interest in oil and gas producing assets in southern Alberta, Canada.

The acquisition is an astute move by Sacgasco as, at current prices, the assets are cash flow positive and are highly leveraged to increased oil prices.

All of the producing reservoirs are conventional sandstones with natural aquifer pressure support, variously enhanced by formal waterfloods and produced water re-injection.

Around 25% of the wells are drilled horizontally, and producing reservoirs are mostly shallower than 1,150 metres.

Just as management has demonstrated its comprehensive understanding with the aforementioned transaction, its ability to target the Borba prospect and develop an efficient exploration strategy is equally impressive.

Management is of the view that the size of the prospects in California has the potential to supply both domestic Californian natural gas and export LNG markets, including those in Asia.

From a broader perspective, Sacgasco’s strategy is to find, acquire and develop undervalued and under-developed opportunities connected to materially under-supplied oil and gas markets across the world.

The near term strategy is to target the Borba 1-7 prospect, and the interception of good reservoirs at this location is expected to lead to further opportunities in a new play fairway in this area.

The well is expected to take between 25 days and 35 days to drill, and in commenting on the underlying strategy at Borba and upcoming developments managing director, Gary Jeffery said, "My view is that Sacgasco is without doubt the best ASX-listed company leveraged to a very big gas play.

"Borba is a most technically compelling, low risk, onshore prospect, located in the massively under-supplied and hence premium-priced Natural Gas Market that is California.

"The Borba well is the logical next step in evaluating the world class potential of the older sediments in the Sacramento Basin. There is plenty of room on the well site to skid the rig to drill further wells upon success.

"There is an unsatiated 7 Bcf/day gas market in California which imports over 90% of its natural gas from Canada and other US states.

"Natural Gas in California continues to realise premium prices that are currently close to US$4.00 per mcf.