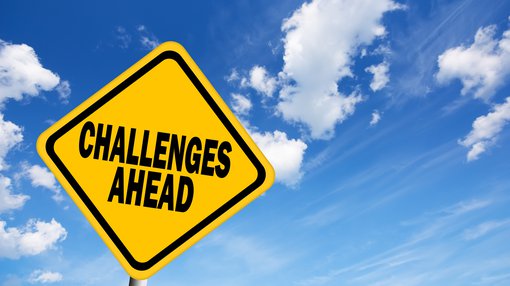 88 Energy Limited (ASX:88E, AIM: 88E, OTC: EEENF) has provided an update in relation to its operations in the NPR-A region of the North Slope of Alaska with initial petrophysical interpretation data indicating several potential pay zones in Merlin-1.

The company commenced drilling Merlin-1 on 10 March 2021, noting that logging while drilling and mudlogging would provide initial indications as to the prospectivity of the well during the earlier stages.

The strategy then was to conduct wireline logging, including sidewall cores and downhole sampling, a procedure that was expected to take 5 to 7 days with a decision then to be taken regarding well completion that would involve a flow test.

88 Energy informed the market today that the first run of the wireline program identified multiple prospective zones consistent with the shows and logs obtained whilst drilling.

The second run of the program was designed to take samples across these zones, and initial observations indicated the presence of an oil signature in the fluid using an optical fingerprint sensor in the downhole sampling tool after communication was established with the reservoir in the deepest zone of interest.

From a technical perspective, slugging of hydrocarbon and water then occurred which is often a precursor to hydrocarbon flow from the reservoir.

A power outage due to equipment failure necessitated pulling out of the hole for repairs prior to any sample being obtained.

After repairs were completed, the run back in hole encountered several sticky sections, indicating poor hole condition so a clean out run was undertaken.

Re-entry with the sampling tool was then executed to move to the lowest zone for testing, but good communication was not able to be re-established with the reservoir despite observation of a similar hydrocarbon signature on the optical fingerprint sensor.

The time the hole had been open and consequent potential formation damage may have contributed to this issue.

Management then decided to move to the next shallowest prospective zone that had exhibited good oil shows and petrophysical characteristics, but on that occasion wellbore condition issues prevented a test.

The testing of these zones would have been the ideal outcome, but management said that the prospect of a discovery cannot be discounted.

However, analysis of sidewall cores and potentially further drilling may be required for confirmation.

It is now too late in the season to initiate flow testing operations and the forward program will consist of plugging the well, although if warranted it may be re-entered in the future in order to drill a side track and conduct a flow test.

While management’s Merlin-1 drilling program experienced some challenges, there was an unexpected development that could prove to be highly material when targeting the Project Peregrine acreage.

One of the zones tested during the Merlin-1 program is considered to be a new prospective horizon within the Nanushuk Formation that may be wholly within the Project Peregrine acreage and was not one of the pre-drill targets.

The other zone is interpreted to be shared with one of the zones in the Harrier prospect to the north of Merlin.

Further work, integrating the results from logging with the seismic, is required to map/re-map the volumetric potential of these zones.

Several samples were taken in zones interpreted to be less prospective on the way out of the hole, all of which contained low saturations of hydrocarbons, and these will now be sent to a laboratory for testing.

The presence of hydrocarbons in these zones is considered encouraging for regional prospectivity, but does not constitute a discovery due to the low saturation levels.

Commenting on the Merlin-1 drilling program and the implications for future exploration, managing director David Wall said, “Despite the operational issues that prevented obtaining a hydrocarbon sample from the two most prospective zones, the results from the Merlin-1 well are very encouraging for the potential at Project Peregrine.

"We appreciate that these early results may be difficult to interpret.

"That is because we do not yet have all the data required to allow interpretation.

"This means some uncertainty remains.

"However, it is already clear that Merlin-1 has delivered by far the best outcome of any of the 5 wells drilled by 88 Energy in Alaska over the last 6 years.

"Particularly encouraging is the apparent presence of oil in a zone that has not previously been targeted in NPR-A.

"While the potential volumetric size of this zone is not yet known (as it was not a mapped target in Merlin-1), the formation could be extensive based on initial interpretation.

"The other most prospective zone with good shows and petrophysical characteristics is shared with the Harrier Prospect and we will likely high grade that for drilling in 2022.

"The company is extremely proud to have been able to achieve this result from a wildcat exploration well drilled on sparse 2D seismic, 60 kilometres from the nearest control well, in the middle of the Arctic winter.

"Project Peregrine, in combination with the 100% owned Umiat Oil Field, has the potential to deliver substantial returns for shareholders, in the form of a potentially large oil field development.”