Melbana Energy Limited (ASX:MAY) has received approval from the National Offshore Petroleum Titles Administrator (NOPTA) to suspend the deadline for completion of its WA-488-P permit year work obligations by 15 months to 21 December 2020.

NOPTA’s approval follows MAY’s recent completion of the Beehive 3D Seismic Survey, as well as the previously announced crediting of the survey against the future permit year four obligation. 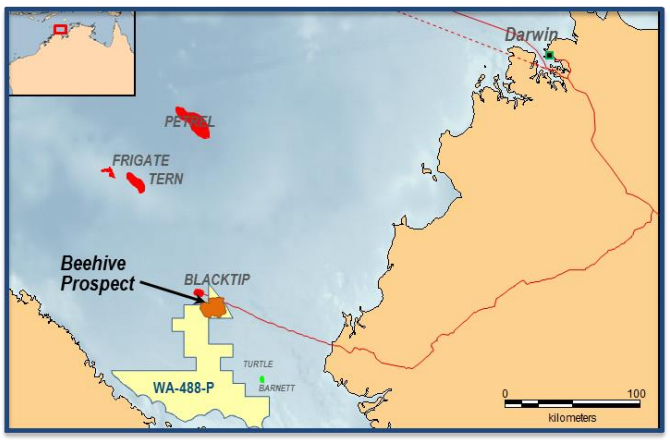 Total and Santos have an option to acquire a direct 80% participating interest in the permit in return for fully funding all activity costs until completion of the first well in the WA-488-P permit.

The option is exercisable by either at any time (or together) but no longer than six months from the receipt of processed seismic survey data.

The Beehive prospect was recently evaluated by Independent Expert McDaniel & Associates as having significant prospective resources, as follows: 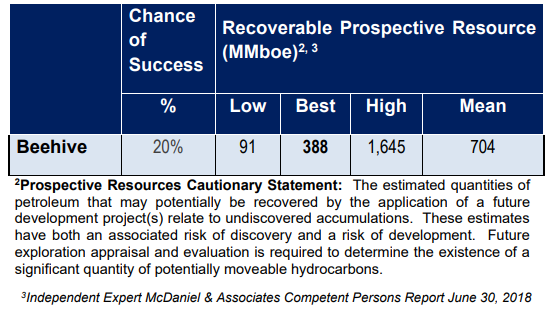 Of course, as with all oil exploration, success is not guaranteed — consider your own personal circumstances before investing, and seek professional financial advice.

The revised WA-488-P work program is below:

MAY CEO Robert Zammit spoke on the update, “The suspension of the deadline for completing the current permit year’s work obligations, combined with the previously secured crediting of the Beehive 3D seismic survey against the future Year 4 work commitment, provides work program flexibility as we prepare to analyse the acquired Beehive 3D seismic data and anticipate the potential exercise by Total and/or Santos of their option to drill the Beehive-1 exploration well,” he said.

About the Beehive prospect

The survey consisted of the acquisition of approximately 700km2 of seismic data over the Beehive Prospect and Egret lead in the Joseph Bonaparte Gulf, 225km southwest of Darwin.

The Beehive 3D Seismic survey was operated by Australia gas company Santos, and was fully funded by Santos and French major Total.

The survey lays the groundwork for further de-risking of the prospect, and will facilitate the preferred location for the Beehive-1 exploration well.