Melbana Energy (ASX:MAY) announced this morning that the 3D seismic survey over its Beehive prospect has been completed safely and without incident.

The survey was extended by an additional ~15% to cover a newly identified lead called Egret at no extra cost to MAY. This new lead is partially within the boundary of WA-488-P, and the extension falls within the approved scope and operational envelope of the survey.

Encouragingly, the Beehive 3D Seismic Survey provides potential for further de-risking of the prospect and facilitates consideration of a preferred location for the Beehive-1 exploration well.

The Beehive 3D Seismic Survey has been operated by Australian natural gas company, Santos (ASX:STO), and is fully funded by Santos together with French major, Total (including the extension over the Egret lead).

Potentially the largest undrilled hydrocarbon prospect in Australia, the Beehive prospect is characterised as having significant prospective resources, as outlined in the following table:

Geologically speaking, the Beehive prospect is a Carboniferous age 180 square kilometre isolated carbonate build up with 400 metres of mapped vertical relief, analogous to the giant Tengiz field in the Caspian Basin. This play type is new and undrilled in the Bonaparte Basin, with no wells having been drilled to this depth therein.

Melbana does still have work to do here, so investors should seek professional financial advice if considering this stock for their portfolio. 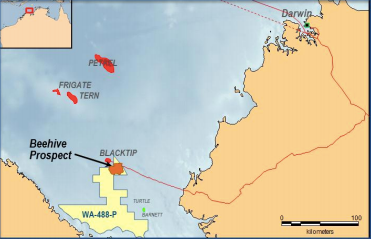 The short video below details some key Beehive highlights: 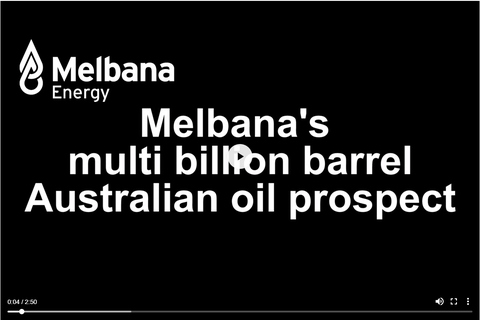 Total and Santos have an option (exercisable together or individually) within six months of receipt of processed data to acquire a direct 80% participating interest in the permit, in return for fully funding the costs of all activities until completion of the first well in the WA-488-P permit.

In the event of a commercial discovery, Melbana will repay carried funding from its share of cash flow from the Beehive field.

Melbana CEO, Robert Zammit, commented: “I am pleased that the 3D survey over Beehive has been concluded safely and without incident and congratulate all involved in achieving this result.”

“Beehive is a new play type in this basin and has recently been assessed by independent expert McDaniel & Associates (Canada) to contain prospective resources of up to 1.6 billion barrels of oil equivalent, which provides an exciting value creation opportunity for Melbana’s shareholders.”

“We look forward to reviewing the data obtained in conjunction with Santos and Total in due course and to notification of their position regarding exercising their options to fully fund the first exploration well,” added Zammit.