The Icewine cometh: 88 Energy poised for extensive drilling in 2019

As 2018 draws to a close, oil junior 88 Energy Ltd (ASX:88E | LON:88E) has provided vital information on developments across its operations on the North Slope of Alaska — and a number of the issues that it touches on could have a significant share price impact early in 2019.

Of particular interest will be the expected closure of a farmout deal in the March quarter relating to the group’s Project Icewine conventional operation.

On this note, managing director, Dave Wall, said: “By shifting the self-imposed year-end deadline for the Icewine conventional farm-out, we are maximising the chances of achieving the best deal possible for our shareholders and we remain highly encouraged by the level of activity and the quality of the parties active in the dataroom.” 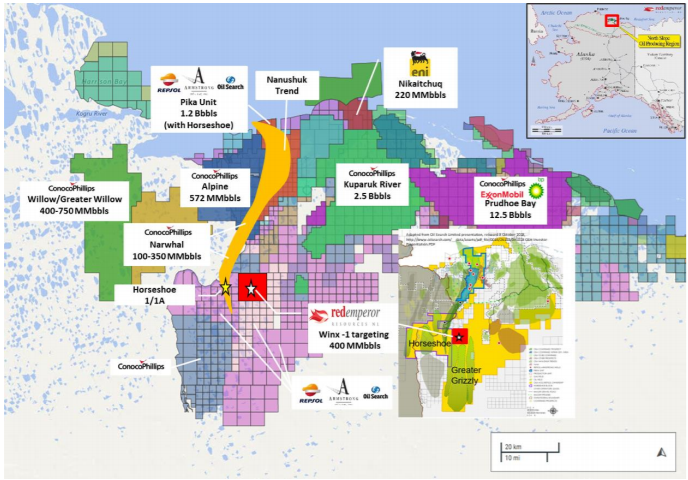 Honing in on Project Icewine

In the first half of 2019, 88E will employ new age technologies to gain a better understanding of the production prospects of Project Icewine.

Prominent oil and gas services company, Baker Hughes (part of the GE group), has been engaged, bringing global experience from both longstanding and burgeoning unconventional plays to provide integrated geological, structural, petrophysical, and geomechanical interpretations for evaluation of the HRZ shale.

The initial review is now complete and is consistent with the prior work done.

Given the rapid advancement of unconventional assessment technologies over the past several years, Baker Hughes has recommended several new state-of-the-art lab tests to augment the current body of work.

From a geological perspective, the main thrust of the work being undertaken is to better understand the producibility of the formation by advanced electron microscope analysis, which will allow for a spatial understanding of landing zones in a horizontal lateral.

This work incorporates an integrated producibility, frackability and geohazards model to find optimal placement for a lateral well in addition to a completion and stimulation program.

The important takeaway, though, is that the HRZ shale remains prospective and will continue to be a focus for 88 Energy in order to unlock its considerable value for shareholders.

Work currently underway is expected to be complete in the first half of 2019, ahead of commencing farm-out proceedings.

Exploration at the group’s western leases will also swing into gear in the first quarter with drilling of the Winx-1 well on schedule for commencement in February.

Winx-1 is located about six kilometres east of the Horseshoe1/1A well that significantly extended the highly successful Nanushuk play fairway to the south.

The well will target multiple stacked potential objectives, including the Nanushuk, which is the primary target.

Wall also noted that the company would be looking to further investigate the potential of the Yukon leases, which contain the recently defined Cascade prospect.

Inversion of the modern 3D seismic which was acquired in early 2018 and used to delineate Cascade is now underway, with results expected in February 2019.

Cascade was intersected by the Yukon Gold-1 well, drilled in 1993, which penetrated the prospect in a down-dip location in reasonable quality, hydrocarbon saturated sandstone.

The up-dip portion of the prospect can now clearly be identified as a channelised feature and is likely to contain thicker sands of higher quality.

In summing up the coming six months, Wall said: “The first quarter of 2019 is shaping up to be an important period for the company with results expected from ongoing analysis related to the HRZ shale, the drilling of the Winx-1 exploration well, further definition of the potential of the Yukon Leases and, of course, the Project Icewine conventional farm-out.”