Hylea Metals Ltd (ASX:HCO) has come a long way in the last three months, having changed direction with the acquisition of a 65% stake in a high-grade uranium project in Africa.

This mine has an established resource and has previously delivered strong production.

It would appear that the investment community has realised the potential of this asset with Sachem Cove Specialty Opportunities Fund LP emerging as a substantial holder on Monday with a stake of 5.15%.

This fund is part of the broader Sachem Cove Partners, LLC group formed by Michael Alkin and Lloyd Harbor Capital Management, LLC to take advantage of a significant dislocation in the uranium mining sector.

Sachem Cove is building a premier investment platform which deploys capital into a highly selective group of public equities and private financings in the uranium sector.

The group’s investment process is driven by deep primary research and fundamental analysis which begins with a differentiated view on both supply and demand dynamics of the uranium market.

With over 20 years of hedge fund experience on long and short side with extensive short selling experience across many industries, Alkin leads the entire investment process.

While there is a lot of fin-speak in their investment strategy, in broad terms Sachem Cove is often looking for contrarian opportunities, and Hylea certainly fits this category given that uranium as an investment commodity has been out of favour for many years due to sustained low prices.

The group’s investment in Hylea represents a show of confidence, immediate financial backing and the prospective benefits of having access to capital as the company looks to progress its uranium project.

Kayelekera primed to return to production

The acquisition of a 65% interest in the Kayelekera Uranium Project from Paladin Energy (ASX:PDN) was a company transforming development for Hylea.

The Kayelekera Project is located in northern Malawi, southern Africa, 52 kilometres west of the town of Karonga as indicated below. 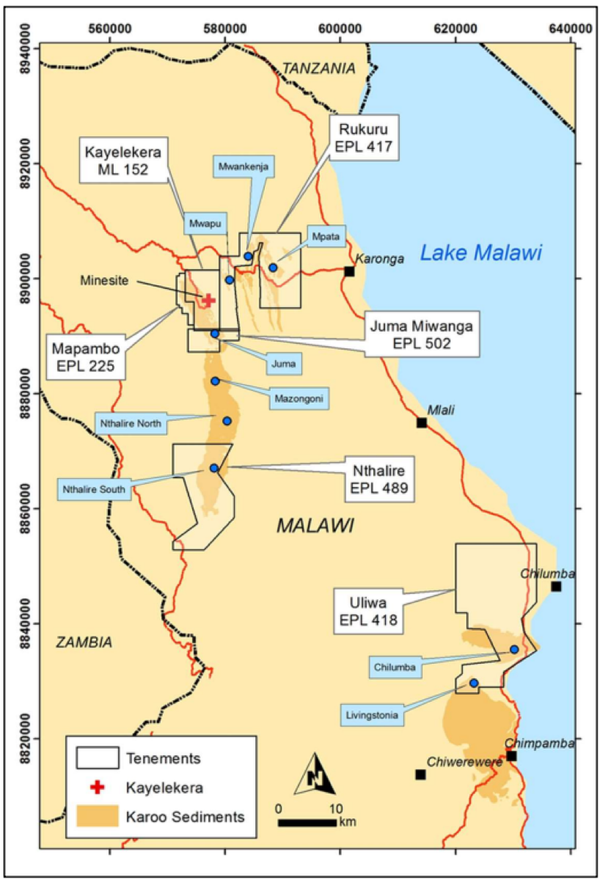 Under the revised ownership structure, the remaining 35% is held by HCO’s joint venture partner Lotus (20%), and the Government of Malawi (15%). HCO will have an option to acquire a further 20% interest in Kayelekera from Lotus.

Paladin permitted, constructed, commissioned and operated Kayelekera between 2007 and 2014 and produced nearly 11 million pounds of U3O8 from an open-pit mine with ore processed through an acid leach and resin-in-pulp processing plant.

In February 2014, Paladin placed Kayelekera on care and maintenance due to the low uranium pricing.

Internal studies determined that an improved uranium market would provide an opportunity for Kayelekera to restart and again produce uranium from its remaining resource.

The development of this advanced asset will place Hylea at the forefront of aspiring Australian uranium producers.

Kayelekera hosts a high grade resource with an existing open pit mine and demonstrated excellent metallurgical recoveries (87.5%), having historically produced approximately 10.9 million pounds of uranium between 2009 and 2014.

In fiscal 2013, the open pit mine produced more than 1 million tonnes of ore at an average grade of 1,350 ppm uranium.

Significant infrastructure is already in place including a 3 million pound per annum resin in pulp extraction plant. 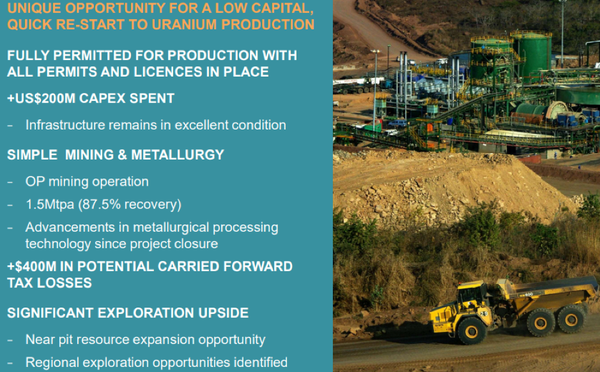 The company expects to draw on knowledge and information from prior mining to reduce operating costs, an important aspect for emerging uranium producers in terms of achieving strong margins and remaining competitive.

Obviously, commodity prices are also part of the equation and managing director, Simon Andrew said that he is optimistic about the global uranium market and the outlook for firmer pricing.

Highlighting the quality of the asset that his company has acquired, Andrew said, “The acquisition of 65% of Kayelekera is an excellent opportunity for HCO.

‘’Kayelekera is a world class uranium asset that has produced over 10.9MIb of uranium and represents an opportunity to use the past production information to re-engineer certain mining and processing processes in order to reduce the overall Capex and Opex of the operations.’’

In terms of exploration, numerous radiometric anomalies have been identified over the broader project region.

Although several have been previously tested, targets remain open in the Mwankeja South, Livingstonia and Chilumba prospect areas based on untested radiometric anomalies as well as structural targets in the Nthalire areas (see below). 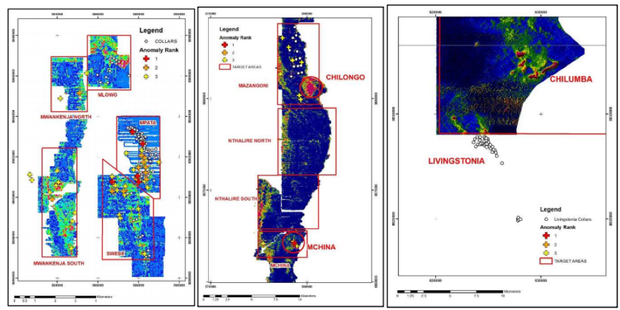