High-fives for HyEnergy Project as Province meets with stakeholders

The event was organised by the Carnarvon Chamber of Commerce, and a broad range of stakeholders from the region were in attendance.

This was an opportunity for Province to gain stakeholder and community support at an early stage, and this came in the form of Letters of Support from the Gascoyne Development Commission and the Shire of Carnarvon.

In March, Province informed the market that it had identified a potential project demonstrating strong alignment with State’s strategy and the GDC’s purpose, triggering an outstanding share price rerating, a sign that shareholders were definitely on board.

The GDC’s functions include maximising job creation, developing and broadening the region’s economic base and identifying infrastructure services to promote economic and social development within the region.

The GDC does this by identifying the opportunities for investment and encouraging that investment.

There is already evidence that Province’s Zero Carbon Hydrogen Project could well receive broader support from the Western Australian government as its Renewable Hydrogen Strategy focuses on developing the hydrogen industry in the state.

The government has outlined its support for such projects in the Renewable Hydrogen Roadmap which indicates how the WA Government will support the development of the industry.

This event also coincided with Scott Morrison’s G7 pledge to develop lower emissions technology, suggesting there is also the prospect of support at federal government level.

The Gascoyne region is uniquely positioned for development of a large-scale hydrogen project as it has suitable climatic conditions, land base and export capacity.

Carnarvon is an ideal regional centre to service the project and the community is supportive of opportunities to diversify its economic base, particularly given such a project would be situated on land that isn’t suitable for other purposes such as agriculture. 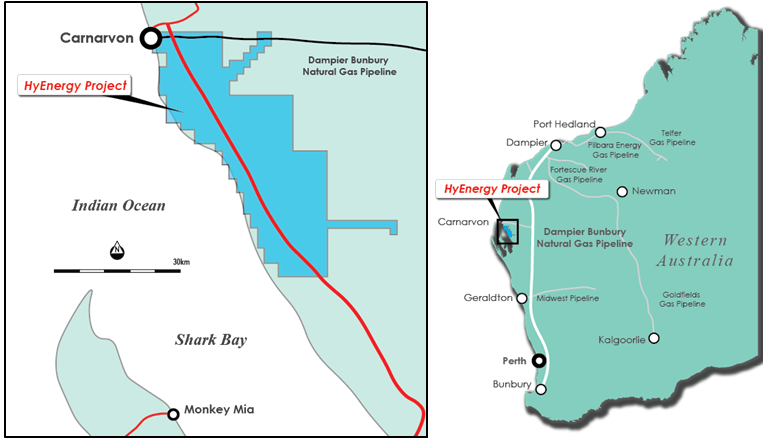 Province gears up for project with key management appointments

In discussing these recent developments and outlining Province’s strategy and initiatives taken to date, managing director David Frances said, “It was a great opportunity to host the community and other stakeholder consultation meeting where I was able to outline our potential plans to develop a globally significant green hydrogen project in partnership with Total Eren.

"I’d like to thank the Carnarvon Chamber of Commerce and Industry, Gascoyne Development Commission, the Shire of Carnarvon and the many other interested stakeholders and local members of the community for attending.

"I’d also like to welcome Greg Walker and Burke Maslen to the Province team, who will be integral to the progression of our projects, as both have an outstanding track record of bringing projects to fruition.”

Walker is a Land Access specialist with over 20 years’ experience and has become an expert in developing land access strategies in line with corporate goals for exploration, development and operations. He has previously worked for organisations such as Atlas Iron, Hancock Prospecting and Rio Tinto.

Maslen comes into PRL as a Company Representative who will lead the local community engagement with Thomas Langley, COO, who both live in Carnarvon. Burke has long ties to the Gascoyne Region and Carnarvon area specifically, through his various positions held within the Shire of Carnarvon and the Gascoyne Development Commission.

Frances finished by saying, “Province has received letters of support from the Gascoyne Development Commission (GDC) and the Shire of Carnarvon highlighting their support and identifying the potential positive economic impacts the proposed HyEnergy ZERO CARBON HYDROGENTM Project may have in the region specifically, as well as the project’s strong alignment with Western Australia’s State Hydrogen Strategy.’’

GDC chief executive Tym Duncanson made an important point in expressing his appreciation for engaging with the community at the feasibility stage given its importance in terms of investigating all aspects of the project, including social and economic issues.