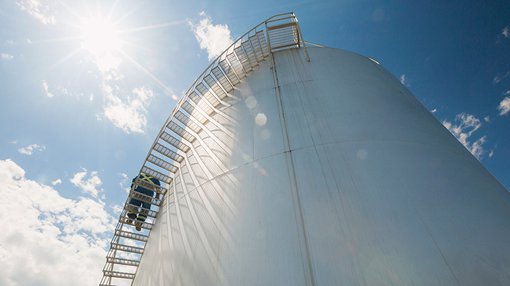 With only an hour of trading remaining on Wednesday, Sacgasco (ASX: SGC) released some promising news in relation to the drilling of the Dempsey 1-15 well in the Sacramento Basin in California. After a quiet day’s trading in the lead up to this announcement, the company’s shares spiked from 9.5 cents to 9.8 cents between 3 PM and market close at 4 PM.

SGC is currently drilling ahead, below 2300 metres, to the highly under-explored deeper targeted reservoirs in the circa 900 metres of remaining section to be drilled. This being the case, there could be some major market-moving news released next week, but there was also a key takeaway embedded in yesterday’s announcement.

Since the last update, mud logs have indicated new zones of significant gas shows in improved reservoirs, which are interpreted to be equivalent to sandstones seen in outcrop in the coastal ranges to the west.

Importantly, these were not considered likely to be present in the Dempsey well, and while management has advised that the significance of these shows will become more apparent when the next wireline logs are run, it would appear that this is unexpected upside among a range of the company’s estimated multi-trillion cubic feet targets.

Earlier in the week, management had reported striking multiple zones of significant gas shows, and in a fairly measured statement, Managing Director, Gary Jeffery said, “The results have been broadly consistent with prognoses and further updates will be provided on meaningful results from the evaluation of the target sandstone reservoirs spread across the interval to be drilled”.

While this news is highly promising, investors should be encouraged to note that management isn’t trying to hype up what is definitely emerging as a potential game-changer for the company. Indeed, there isn’t conclusive evidence to indicate that the well is a future producer, as the full range of testing still needs to be conducted.

This is an early stage of this company’s development and if considering this stock for your portfolio you should take all public information into account and seek professional financial advice.

However, all of the signs to date have been positive, perhaps contributing to the 25 per cent increase in the company’s share price over the last week.

At around 10am this morning, SGC’s share price hit a high of 10 cents. This followed this morning’s announcement from SGC reporting further additional zones of significant gas shows which have occurred ‘even though the drilling mud weight was increased’ to control the levels of background gas for safe drilling.