Exxon enters: Is this a defining moment for Pancontinental?

In spudding Cormorant – 1 on September 4, Pancontinental Oil and Gas (ASX:PCL) may have initiated a company transforming development.

In about one month’s time the company will know whether it has tapped into an oil reservoir that forms part of what some market commentators suggest is one of the most underexplored, but highly prospective areas in terms of delivering large global oil discoveries.

This could be a game-changing moment for the company, especially as it now has a cash injection of US$5.5 million (AU$7.6 million) from African Energy Corp (AEC) as the final instalment of its investment in subsidiary PNPL.

The timing couldn’t be better with the oil price hovering in the vicinity of the four year high of circa US$80 per barrel that it struck in May. 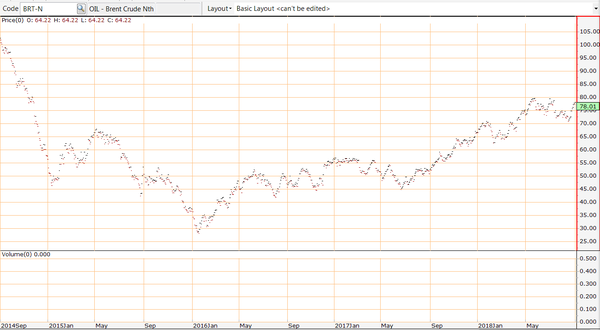 This well was flagged by leading global energy research and consultancy group, Wood McKenzie as ‘one of the most watched offshore wells anywhere in the world this year (2018)’.

An affiliate of Exxon Mobil Corporation (NYSE:XOM), ExxonMobil Namibia Limited has over the past five months taken 30% and 40% interest in two big blocks abutting and extending south from Pancontinental’s PEL 37. 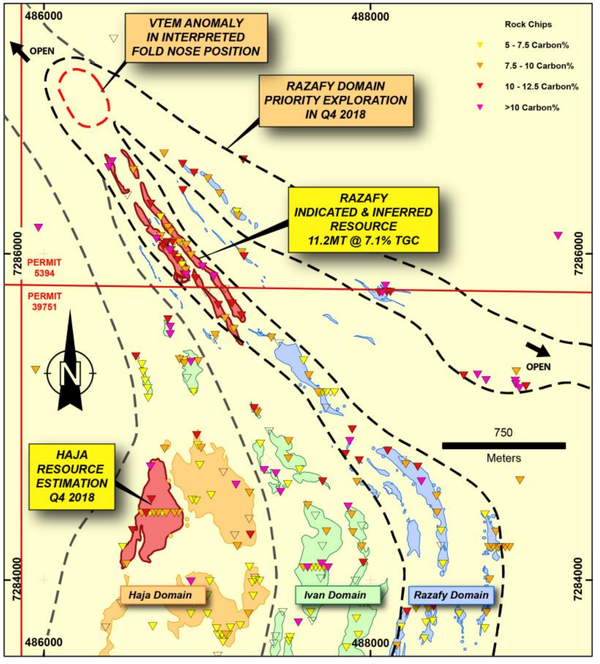 It is important to note that ExxonMobil Corporation (XOM) is the world’s largest publicly traded oil company, engaged in oil and natural gas exploration and production, petroleum products refining and marketing, chemicals manufacture, and other energy-related businesses.

Just as significant is the fact that 83% of Exxon’s earnings come from its operations outside the US, including Africa.

Consequently, it has a deep understanding of prominent areas to target in terms of offshore exploration, and as a relatively conservative group it is also mindful of operating in safe regions that don’t have unreasonable economic imposts.

This is evidenced in the company’s proven track record of generally outperforming its peers in terms of return on capital employed.

Pancontinental beat many large players to the punch

While they don’t come any bigger than ExxonMobil, it was the much smaller Pancontinental that upstaged it and other big players in terms of identifying the area as highly prospective about seven years ago, when under the leadership of former CEO, now company director, Barry Rushworth, the company’s direction in Namibia was set.

Exxon Mobil’s entry is another positive endorsement of the area in which Pancontinental is doing business, and the fact that a safety first/shareholder returns focused group such as Exxon is ploughing dollars into an adjacent project is reassuring for investors.

Offshore Technology, an industry research group that focuses on global developments across all facets of the energy industry recently noted, “The transaction signals increasing industrial activity in Namibia, with India’s Oil and Natural Gas Corporation (ONGC) recently farming into PEL 37, and Tullow Oil planning to spud a well in the third quarter of this year.”

As mentioned, this is the territory that Pancontinental has held a substantial interest in years before the majors arrived, and only yesterday it spudded the Cormorant-1 well which Offshore Technology was referencing.

Pancontinental holds a 20% effective interest in PEL 37 which covers an area of 17,300 square kilometres, and it was the originator of the project, as well as being the initial operator.

Looking to the drill bit for value add

Cormorant-1 is being drilled by the Ocean Rig Poseidon, a sixth generation drillship, in 545 meters of water, to a total depth of 3,830 meters subsea. 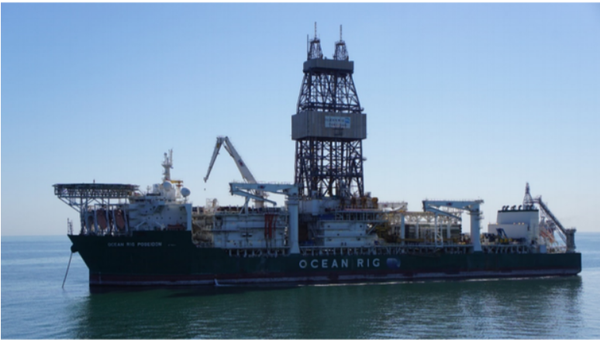 In geological terms, the well will test the oil potential of a mid-Cretaceous marine turbidite “fan” sandstone system.

Drilling and evaluation of the well is expected to take about 34 days and Pancontinental chief executive John Begg underlined the significance of upcoming results in saying, “Undoubtedly, the greatest value adding moments for oil and gas exploration companies come via the drill bit - the discovery of large volumes of oil or gas with clear commercial potential.”

There is compelling material evidence for this area being host to valuable oil resources.

The Cormorant Prospect, mapped using high-quality 3D seismic data, is one of four submarine fan prospects identified so far in the block and interpreted to be charged by the same source rocks.

The Cormorant Prospect has gross best estimate prospective recoverable resource potential of 124 Million Barrels of Oil* and, if successful, would open a fairway of similar fans, potentially creating a substantial spread of resources across PEL 37.

The total estimated oil potential of the four main Prospects mapped so far in PEL 37 is 915 Million Barrels of Oil*.

Additional potential exists in large “Leads” that have also been identified.

* Cautionary Statement - *Prospective Resources – Best Estimate, 100% Basis The estimated quantities of petroleum that may potentially be recovered by the application of a future development project(s) relate to undiscovered accumulations. These estimates have both an associated risk of discovery and a risk of development. Further exploration appraisal and evaluation is required to determine the existence of a significant quantity of potentially moveable hydrocarbons. The resources referred to above were announced 28 September 2015. The company confirms that it is not aware of any new information or data that, in its opinion, materially affects the information included in the relevant market announcement and that all the material assumptions and technical parameters underpinning the estimates in the relevant market announcement continue to apply and have not materially changed.

ExxonMobil has very large and established exploration and production operations in all the major hydrocarbon producing regions of the world.

The company owns some of the most prolific exploration and development assets globally, with a number of major projects coming online over the next few years.

Management expects its combined global initiatives to back its upstream businesses, generating three times 2017 earnings by 2025.

The presence of a company which has experienced outstanding success in deepwater exploration and development provides further confidence that Pancontinental is on the right track.

Edison Investment Research flagged the area where Pancontinental’s assets are situated as being one of the most prospective globally in terms of its ability to deliver large discoveries.

In April, oil and gas research analyst, Elaine Reynolds said, “Namibia remains a frontier exploration area, with only 15 wells drilled offshore to date, of which six have been drilled since 2012.

“The breakthrough well for the presence of oil in the region was the HRT-operated Wingat-1 well drilled in 2013, which encountered two high-quality Aptian source rocks and the presence of light 38 - 42o API oil in thin bed reservoirs, though not in commercial quantities.”

Using data from this and a follow-up well, analysts took the view that all the elements required for a working petroleum system were present in Namibia, although not yet found together in one well.

In commenting on the Cormorant-1 spud and reflecting on previous commentary in relation to the broader region, Reynolds said, “Cormorant is expected to be a relatively simple well to drill, with minimal casing strings required so that, with current lower rig rates, it can be drilled for between US$35 million and US$45 million.”

Of course, Pancontinental is in the box seat with one of the terms of the joint venture being that the company is not financially exposed to the drilling costs of the well.

Further, the company will receive a cash payment of US$5.5 million (circa A$7 million) from Africa Energy Corp. the second instalment of its investment into PCL’s subsidiary and the PEL37 project.

Regular news will be released regarding the progress of Cormorant-1, and FinFeed will keep you appraised of developments as they unfold.