The company has kicked off its fully funded multi-well drill program beginning with the spud of the BO-CH-1 chip-hole followed by the BO-CH-2 chip-hole.

Most importantly, the company advise that the Ugtaal-1 core-hole is due to spud in just days — it is awaiting the rig that is currently drilling the BO-CH-1 chip-hole. 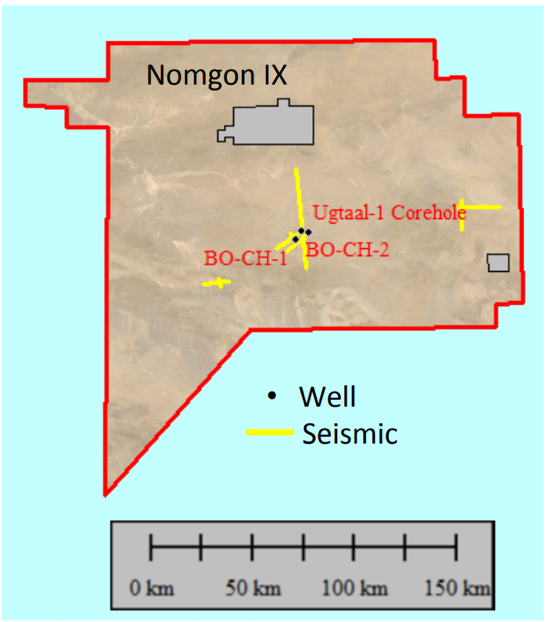 While the core-holes are the focus of the drilling campaign, these chip-holes provide an affordable source of additional data to complement the seismic that is currently being interpreted. They provide a quick and cost effective way of evaluating subsurface and can confirm general geology and coal continuity and will continue to provide useful data for years to come.

The chip-holes will not only be used to gain valuable information about the general geology and confirm coal continuity, but they let Elixir confirm the existence of coal that the recently acquired 2D seismic program indicates should be there.

As of Sunday 27 October 2019, The BO-CH-1 chip-hole was drilling ahead at 583 metres. The target depth is deeper than was originally planned due to the intersection of various coal seams that encouraged Elixir to drill the well right through the thick Permian section to basement.

Once this has been reached the well will be logged and then the rig will move to spud Ugtaal-1.

The BO-CH-2 chip-hole spudded on 23 October 2019 and was drilling ahead at 189 metres on Sunday morning.

Two rigs are being used for the program in which the wells are being drilled by Mongolian drilling company Erdendedrilling LLC under a turn-key contract.

Elixir’s Managing Director, Mr Neil Young, said “We are looking forward to the spud of our first corehole in a few days’ time. As foreshadowed, the results of the low-cost stratigraphic chip-holes will be integrated into our overall assessment of the geology of the region.” 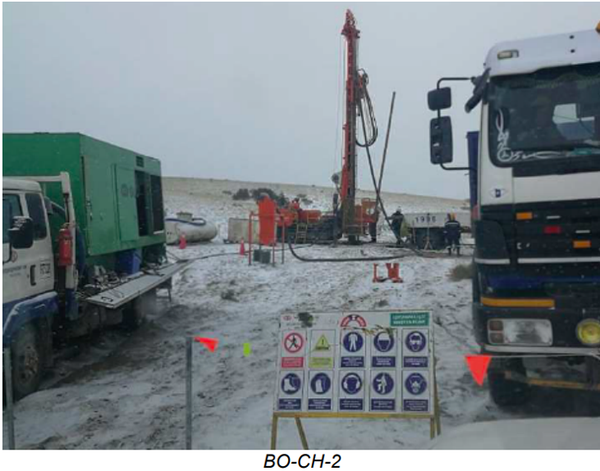 As previously stated by management, Elixir will provide continue to weekly updates such as this as drilling progresses.

Elsewhere in Mongolia, London-listed Petro Matad (AIM:MATD) closed up 100% last Thursday after announcing results of well testing operations at its Heron-1 oil discovery in the north of Block XX, eastern Mongolia. Block XX is adjacent to the producing Block XIX, operated by PetroChina.

As is the case Elixir Energy, Petro Matad is also solely focused on exploring in Mongolia (EXR for gas; MATD for oil). Both own very large acreage positions — in the millions of acres — which is enormous in global terms, although Elixir’s PSC is much newer than that of MATD and still has many years to run. 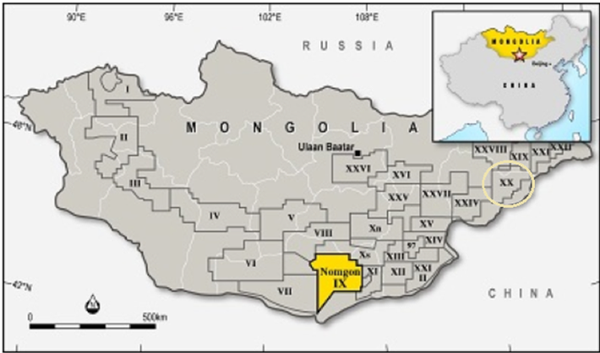 MATD revealed that one of two zones in the Heron-1 discovery well flowed crude at a peak rate of 821 barrels per day in testing last week.

The discovery’s DST2 zone flowed light 46 degree API crude naturally without the need for artificial lift or stimulation. The DST1 zone did not flow naturally, but MATD noted that the well proved an oil column of at least 70 metres.

Mike Buck, the CEO of Petro Matad said, “The test results at Heron-1 are even better than we expected given that the well is deep in the basin centre. The data gathered will now be analysed and used to secure tenure of a development area in Block XX with a view to transitioning Petro Matad from explorer to producer with revenue generation.

“I am delighted that the Petro Matad team has been able to achieve this result having put in so much effort. We look forward to progressing to the next phase of the Company's development.”

These “better than expected” results saw the share price bounce back after a disappointing result from drilling at the Red Deer-1 well in September, during which no hydrocarbon bearing zones were identified. The company at that time explained that red Deer-1 did carry a lower chance of success than MATD’s other wells — Heron-1 and Gazelle-1.