The primary aim of the program is the drilling of two fully tested core-holes (with an option for a third), the results of which will feed into a contingent resource assessment in the new year.

The program started with low cost chip-holes with multiple calibration and exploration aims.

All wells are being drilled under a turn-key contract such that Elixir is paying on a per metre not per day basis — similar to minerals exploration drilling contracts, while the current program is fully funded. 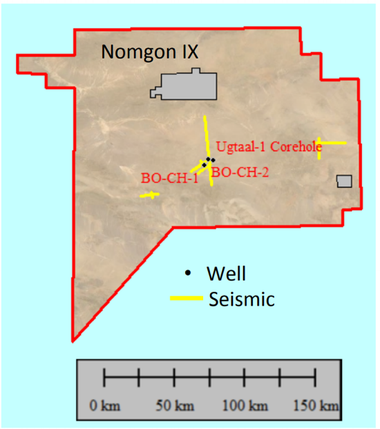 The drilling program to date:

As of Sunday 10 November 2019, the first core-hole, Ugtaal-1 “is due to spud later today”. Desorption equipment and expert personnel will be deployed to the well-site by the end of the week to be ready once drilling has reached the anticipated coal seams that Elixir plan to fully evaluate.

The core-holes are targeting Elixir’s developed CSG leads, which were defined by surface outcrop, gravity and 2D seismic mapping. These CSG core-holes will be the most technologically advanced ever undertaken in Mongolia, the results of these wells will define Proof of Concept for CSG in Nomgon IX.

The cost-effective chip-holes are stratigraphic exploration wells that are drilled quickly and cheaply to assist with the definition of general geology and lithology, particularly in areas where geological data is either sparse or anomalous.

The BO-CH-1 chip-hole reached a total depth of 738 metres. The well has been logged and the rig moved to Ugtaal-1. The various goals of this first exploratory chip-hole have been met, as follows: 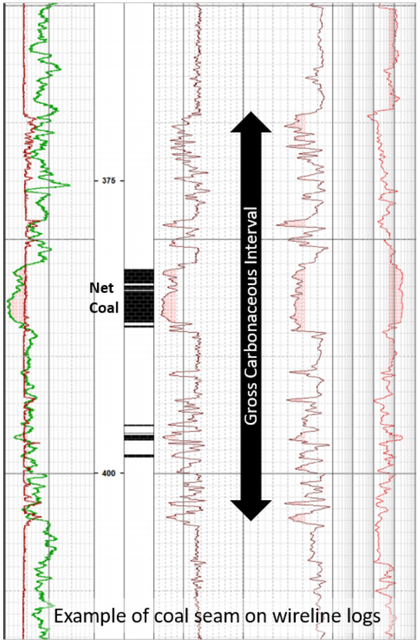 “We are pleased that the drilling of BO-CH-1 has led to the observation of gas in the system and encountered coal as suggested by seismic. However, the greater long-term value of the well is in the multiple use data it has gathered at low cost. The rig used for this well is now spudding the prime objective of our campaign - the Ugtaal-1 core-hole.”

The BO-CH-2 chip-hole had reached 279 metres as at Sunday morning. It has yet to reach the Permian section. Progress was slow this week due to repairs and winterisation of the rig.

The use of chip-holes as a low-cost exploration tool in future exploration programs has been evaluated, while the drilling crew has gained considerable experience in operating the rig in the specific local conditions, this will be invaluable in drilling the core-holes.

This chip-hole program was afforded by Elixir’s strong relationship with its Mongolian drilling contractor, Erdenedrilling which mobilised an additional drilling rig to supplement the core-hole drilling plans.