Elixir Energy on the verge of meeting major milestones

Elixir Energy Limited (ASX:EXR) has provided a promising update on operations at its Nomgon IX CBM PSC in the South Gobi region of Mongolia, just north of the Chinese border.

Aside from positive operational developments, the December quarter has been marked by strong news flow, particularly in relation to a recent statement from China which would be an important market for the group.

With China being a leader in energy usage, President Xi Jinping’s statement in October in which he committed to net zero emissions by 2060 while unexpected was embraced by those striving for a transition to carbon-neutral energy solutions.

China currently generates more than half of its electricity from coal, but natural gas is increasingly being used in the country for heating and transport.

While a transition from less coal usage to natural gas is not a silver bullet, it would at least be a stepping stone to a carbon-neutral solution.

An uptick in demand for natural gas in China would be extremely positive for Elixir Energy.

Harking back to the group’s recent progress, the Nomgon 5S re-drill appraisal strat-hole well reached a total depth of 450 metres this week and has since been logged and remediated.

A total of 47 metres of net coal was intersected.

The Hutul 1S exploration well is currently drilling ahead and management anticipates it should reach total depth and be logged within the next week.

Elixir plans to drill two more exploration strat-holes in 2020 and is working with its drilling contractor on finalising local permits.

The timing of the spud of the next well is not locked in, but Elixir is aiming for this to occur within the next week. 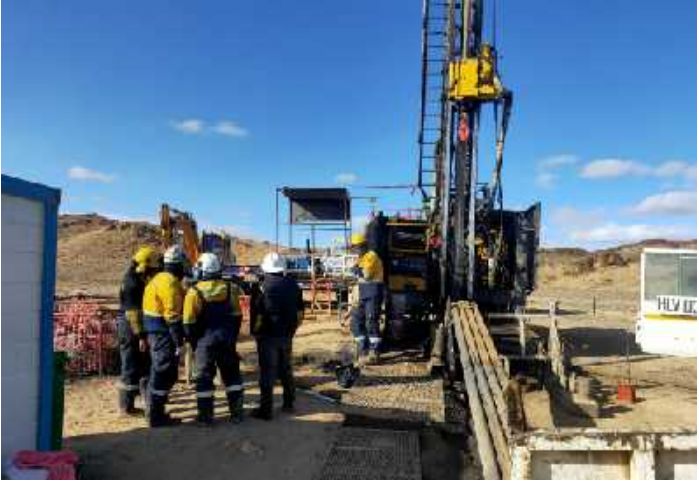 Elixir’s shares have performed strongly in the last six months, up approximately six-fold, but the recent retracement to around 12 cents per share could represent a buying opportunity bearing in mind the exceptional surge in the September quarter when it hit a high of 18 cents.

Elixir’s managing director Neil Young pointed to factors that could see it revisit these levels in saying, “The strong net coal outcome from the Nomgon 5S Redrill well means we have now drilled five successful wells in the Nomgon sub-basin in a row.

‘’This well was a 7.3 kilometre step-out from the original Nomgon 1 discovery.

‘’Data from all the Nomgon wells will now be progressively analysed and integrated, leading firstly to updated prospective resource numbers followed by our maiden contingent resource booking.’’

The release of updated resource numbers could well have a positive impact on the group’s share price, while the release of a maiden contingent resource booking would be a major milestone for Elixir.

This will provide the numbers required to attribute a formal valuation, one which could see Elixir being the subject of a rerating should metrics demonstrate that the company is trading at a discount to its peers.