Elixir could benefit from Rio’s commitment to emission reduction

Rio Tinto (ASX:RIO) has announced plans to invest around $1 billion over the next five years to support the delivery of its new climate change targets and net zero emissions target from operations by 2050.

From a shorter term perspective, the global mining giant is targeting a 30% reduction in emissions intensity from 2018 levels by 2030.

As we discuss later, an Australian coalbed methane (CBM) explorer could be well placed to assist Rio in developing a low emission power source for one of Rio’s largest projects. This copper-gold project is surrounded by this company’s 30,000 square kilometre exploration tenement, or Production Sharing Contract (PSC), in Mongolia, where it last month made the country’s first ever coal seam gas discovery.

From Rio’s perspective its strategy has always been to identify large, long life projects that deliver strong returns on capital invested.

This is very much the case with its Oyu Tolgoi copper-gold project in Mongolia, one of the largest known copper and gold deposits in the world.

Given its significance to the global copper industry and the likely multi-generational nature of the business, Oyu Tolgoi is being developed with a distinctly long-term view.

Guided by Oyu Tolgoi's vision, 'From natural wealth to enduring value, knowledge and skill', the partners and stakeholders involved in the project are focused on delivering a safe and globally competitive copper business that contributes to and facilitates the prosperity of Mongolia.

At full production, the underground mine will produce 95,000 tonnes of ore each day. This will triple Oyu Tolgoi’s annual production of copper concentrate; making it the world’s third largest copper mine. 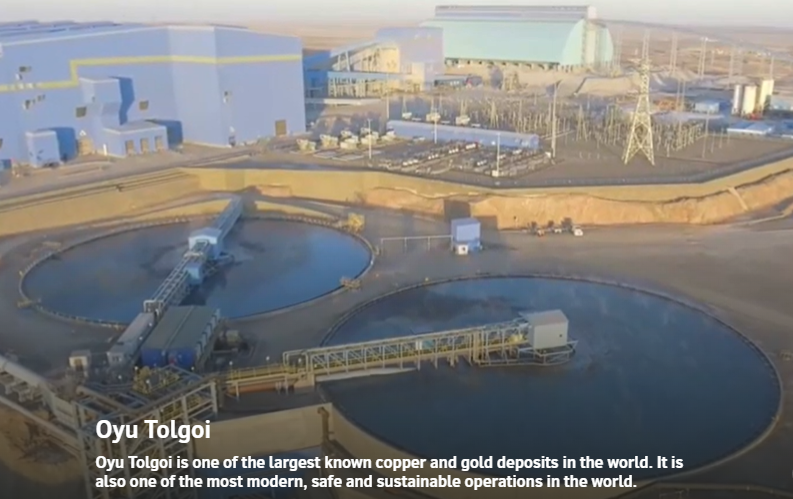 Providing a reliable and large source of power for a project of this scale will be no mean feat.

Under the Power Source Framework Agreement signed in 2018, Oyu Tolgoi continues to work with the government of Mongolia to secure a long term power solution for the project.

Different power sourcing options are currently under evaluation and discussion with the government of Mongolia to identify the lowest cost and reliable option for Oyu Tolgoi are continuing.

In February 2020, Oyu Tolgoi submitted a feasibility study to the government of Mongolia for the Tavan Tolgoi Power Plant, which also lies within the bounds of Elixir’s PSC in the South Gobi desert.

This envisages a 300 megawatt coal power plant with a project cost estimate of around US$924 million.

Rio and its joint venture partners are also progressing alternative options to source domestic power which could include coalbed methane, and the company is also investigating the prospect of sourcing renewable power.

With Rio’s strong commitment towards reduction in emissions it wouldn’t be surprising to see the company investigate the use of coalbed methane (CBM), a commodity that Elixir Energy (ASX:EXR) is looking to uncover in large quantities within a 30,000 square kilometre Production Sharing Contract (PSC).

After working for years to obtain its exploration licence, Elixir began drilling in October last year.

On February 5 the company announced that it had met its key objective for the project, intersecting thick gassy coal seams below 300 metres. Then, on February 28, a coal seam gas discovery from the well was announced – the country’s first ever.

Elixir Energy is now undertaking de-risking work to increase the attractiveness of the PSC to potential partners with discussions with such parties set to ramp up in the months to come.

Analysts at Hartleys ran the ruler across the stock in mid-February, and the broker’s price target of 8.0 cents per share implies upside of about 175% to Tuesday’s closing price. 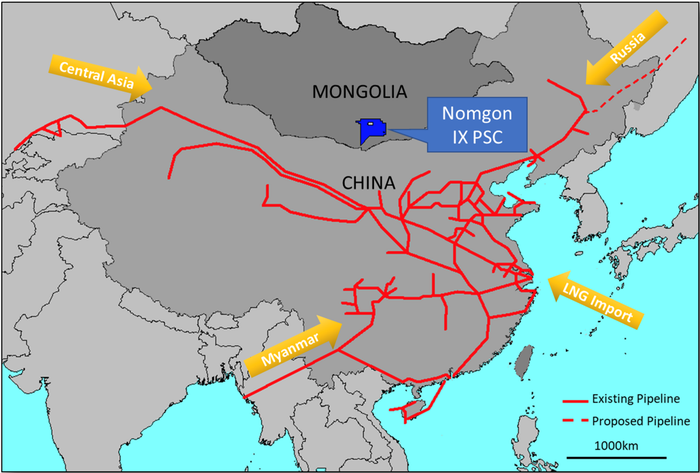 In terms of positioning itself to take advantage of opportunities in Mongolia, Byambasaikhan Bayanjargal is Elixir’s Mongolian strategic and financial advisor.

He has managed finance negotiations for high-profile energy transactions in Asia, including Mongolia’s first independent power project (IPP) and wind farm in 2012.

He was also the Chief Executive of Newcom, a Mongolian technology investor, and chaired the boards of its several telecom and energy joint-ventures with American, Japanese and European investors.

Prior to that, he was an energy banker at the Asian Development Bank (ADB), developing and financing power generation, transmission and distribution projects in emerging Central Asian markets.

This leaves him well placed to assist the management team in potentially negotiating an agreement in Mongolia. This is particularly true given the additional experience of prominent industry players such as Richard Cottee at the helm as non-executive chairman and ex-Santos executives Neil Young, who has been working in Mongolia since 2011, and Stephen Kelemen who ran Santos’ coal seam gas business.