Elixir Energy Limited (ASX:EXR) has provided an update in relation to its upcoming drilling operations in its 100% owned Nomgon IX Coal Bed Methane Production Sharing Contract in Mongolia, in particular highlighting the prospects of Nomgon-1, a new well that has just spudded.

This is the company’s second well in its two core-hole drilling program.

Nomgon-1 lies approximately 37 kilometres to the south-west of the recently drilled Ugtaal-1 well and is situated in a different Permian sub-basin to the latter.

Encouragingly, this is one of many such sub-basins in the very large Nomgon IX PSC, underlining the importance of Elixir’s 30,000 square kilometre land holding that covers a major Permian coal bearing basin and the options that it offers as the group’s exploration strategy unfolds. 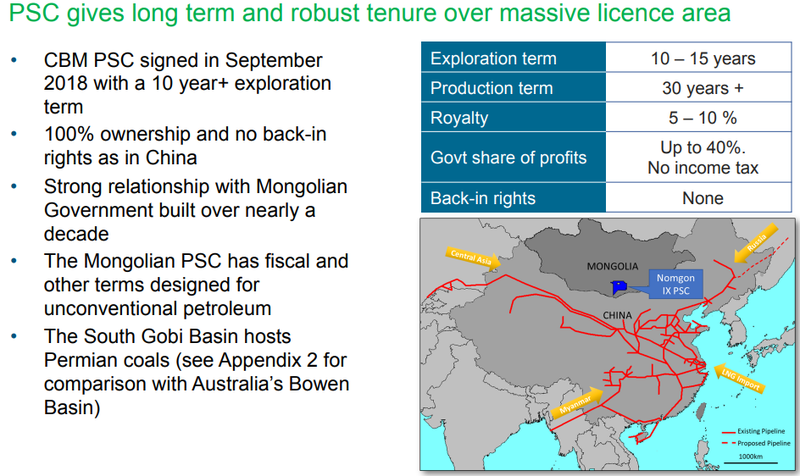 Management has a good understanding of the location where Nomgon-1 is situated as it was first identified as being prospective for coal seam gas (CSG) exploration by Elixir’s subsidiary company four years ago when it undertook initial on-ground prospecting work across the PSC area.

Recent field work has re-affirmed the location’s strong potential, with the confirmation of thick outcropping coal seams that demonstrate good cleating and coal quality to the naked eye. 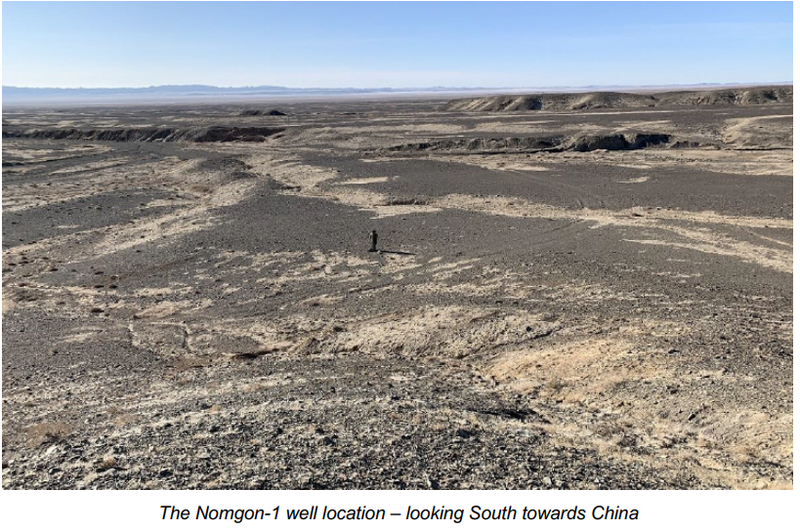 Transitioning to Nomgon-1 is timely as management noted today that the results from Ugtaal-1, which was its key focus recently, were at the lower end of expectations due to factors such as poorer than anticipated coal quality.

While preliminary findings also reflected this lower than expected coal quality, the process of continuing with ongoing desorption work and supplementary laboratory testing is providing valuable information for the company’s ongoing exploration efforts over the multiple targeted Permian sub-basins within the overall PSC area.

Management’s plans for 2020 have recently been proposed to Mongolia’s petroleum regulator, as required under the terms of its PSC.

These include a mixture of further low cost seismic and drilling.

By their nature, these will be dynamic over the course of the year as the two processes feed off each other and the final results of the current program.

A mandatory formal annual meeting with the regulator is scheduled to be held towards the end of January.

Expressing his confidence regarding the Nomgon-1 drilling program, Elixir’s managing director Neil Young said, “We are looking forward to the last of the core-hole wells planned for our first year’s drilling campaign.

‘’The Nomgon-1 well is one which we are highly confident will intersect coal seams at depth, providing a good first test of a different sub-basin in the PSC.”