Elixir reports that the 2019 Nomgon IX Seismic Survey has now been completed with results due in six weeks. Preparation for the CSG drilling campaign on schedule and the spud for the first well is expected in late September/early October. 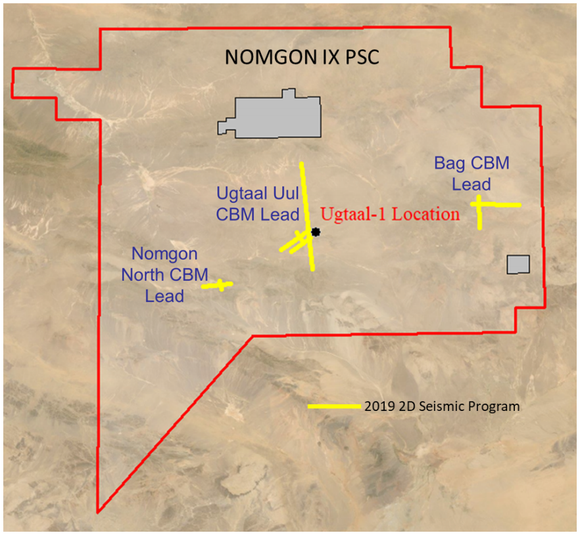 The company note that work was conducted safely, environmentally responsibly, efficiently and professionally by Mongolian owned Microseismic LLC with processing and interpretation to follow over the next six weeks.

Preparation for the CSG drilling campaign remains on schedule and Australian sourced permeability testing equipment has now arrived in Mongolia.

Desorption equipment sourced from the USA has been shipped and will arrive in Mongolia this week. In addition, Elixir is utilising CSG-experienced rig supervisors and other technical support from Australia and the USA and this team is ready to mobilise within the next few weeks.

For the drilling program, Elixir is using the highly respected Mongolian owned and operated drilling contractor Erdenedrilling LLC, who is currently awaiting the arrival of this US and Australian equipment.

Estimated spud for the first well (Ugtaal-1) remains the end of September/early October, while a second well location will be selected by around the end of this month.

Elixir’s Managing Director, Mr Neil Young, said “Our fully funded 2019 exploration program is going to plan. We have been very pleased with the professionalism and output of our Mongolian seismic contractors. We are now in the final pre-spud stages of our imminent drilling campaign, which has been designed to be the most technically advanced ever conducted for CSG in Mongolia.”

This video provides a look at Elixir’s Nomgon IX PSC and the Seismic Survey.

Today’s news follows the company’s presentation at the Good Oil Conference in Perth last week. After attending the conference, a Patersons Securities resource analyst highlighted Elixir as “one to keep an eye on” in a brief note to clients. The analyst suggested that Elixir may be a good way to play the China gas thematic, something that has been missing since Sino Gas’s departure from the ASX.

The note explained that “The EXR team is technically astute, and includes Stephen Keleman (former manager of STO’s CSG business, Neil Young (ex-STO management, and has worked in Mongolia for the last eight years), and the ever humble Richard Cottee (Non-exec Chairman)”.

As I mentioned last week, in the article Oil and gas juniors looking the goods, Elixir is drawing comparisons to a number of other up and coming oil and gas explorers, including (what has almost certainly been Australia’s most successful oil and gas junior of the past two years), Galilee Energy (ASX:GLL), plus London’s Perto Matad (LSE:MATD), and Strike Energy (ASX:STX) and its JV partner Warrego Energy (ASX:WGO).