Less than a fortnight after Real Energy (ASX: RLE) informed the market that it was witnessing a stronger and faster build-up of pressure and more gas flowing to surface from its Tamarama-1 well located in the Cooper Basin of Queensland, prominent institutional investment house, Credit Suisse Holdings (Australia) Limited has emerged as a substantial shareholder with a stake of just over 5%.

The substantial shareholder notice was released by RLE on Thursday morning. However, the bulk of Credit Suisse’s share purchase was completed in mid-June at a price of 8 cents per share. This compares with Wednesday’s closing price of 8.2 cents.

Wednesday’s closing price represents a retracement from levels of circa 9.5 cents that the company traded at after releasing the announcement regarding Tamarama-1. Unfortunately for RLE, the news broke the day before the plunge in the oil price.

This resulted in the S&P/ASX 200 Energy (XEJ) index plummeting from 8859 points to 8499 points, a seven month low. Not surprisingly, the share prices of smaller players in the sector were hit harder than those in the ASX 200.

Once again, today’s news coincides with a steep overnight fall in the oil price. However, the key takeaway is that Credit Suisse must see medium to long-term upside in the stock.

As finfeed.com pointed out in mid-June, RLE controls nearly 5000 square kilometres of highly prospective territory in the Cooper Basin with an established maiden 3C gas resource of 672 billion cubic feet from two discoveries, Tamarama-1 and Queenscliff-1. 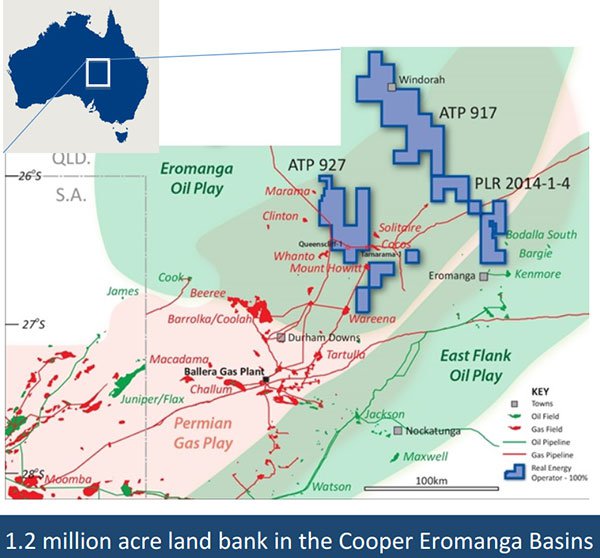 It would appear that Credit Suisse may be focusing on the prospect of upcoming gas sales agreements with RLE’s Managing Director, Scott Brown recently saying “Gas sales agreements are likely as we begin the commercialisation of the Windorah Gas Project, and our company hopes to be a key part of the broader gas supply solution that delivers certainty and dependable energy supply to Australian industry”.

FinFeed noted in June that any news regarding gas sales agreements should on balance be a share price catalyst, particularly given the fact that some analysts see the stock as significantly undervalued.

Hunter Capital Advisors initiated coverage of the stock in May, saying, “As the company matures its 2C resource into reserves, we believe the stock will rerate with its valuation increasing to 52 cents per share on a 50% risk weighting”.

The broker currently values RLE’s 3C resource alone at 38 cents per share and expects significant share price accretion as the company builds on this resource.

As highlighted in the FinFeed article, and supported by the following projections out to 2036, the supply/demand dynamics for Cooper Basin gas, particularly in terms of supplying Queensland’s eastern seaboard hubs should work in RLE’s favour. 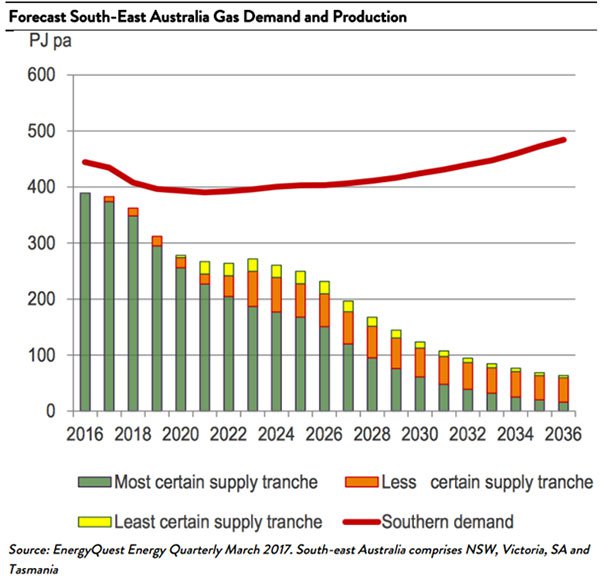