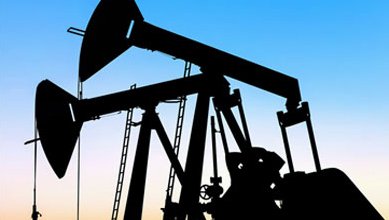 Cossak Energy Ltd (ASX: COD) says its oil and gas field activities in the Ukraine are nearing completion and running smoothly despite the country’s political unrest.

Early review of data is positive

COD is continuing to process its 120 line km 2D seismic data from its Limnytska License area in both Ukraine and Perth, Western Australia.

So far, first reviews of the data have shown possible details of subsurface structures. These results will handed over to RPS Energy with the aim of providing COD with a resource upgrade under the farm-out and proposed drilling programme agreement.

Cossack’s Managing Director, David King said, “We are very pleased to report that the first step in the Company’s exploration program on the Limnytska Licence... has been achieved in line with the schedule and budget that we presented to our shareholders and the broader market. We look forward to receiving the results of the 2D seismic survey and progressing towards our maiden drill program in 2014.”

COD has also deferred its obligation to commence drilling until the third quarter of 2015, providing positive results come from the seismic study.

By changing its agreement with the State Geology Department in Ukraine, under its 100% owned Limnytska Licence, COD now has until the end of 2018 to complete any drilling and testing of the area.

Thanks to these contractual extensions, COD also has until the second quarter of 2020 to start drilling on its follow up well on the deep end of its structure which is of a depth of 6,000m.

Due to these changes, COD is now confident it will have the time to find a farm-in partner and financing for its shallow and deep Ukrainian wells.

COD says it applied for these licensing extentions because it realises there might be delays in securing a farm-in partner and financing with the recent political turmoil that has been on-going in Ukraine.

The company says it is increasing its efforts to find suitable assets outside of Ukraine to increase its stability.

However, COD says there is promise the Ukrainian presidential elections on 25 May 2014 will lead to more stability within the country. Also, the company’s development is thankfully far from Crimea, where the majority of Ukraine’s unrest is taking place.