BPH releases information from prior tenement holders at PEP 11

BPH Energy Ltd (ASX:BPH) informed the ASX today that another key report on the PEP 11 area prepared by Ampolex Limited was identified from a literature review.

BPH has an interest of 22.7% in Advent Energy, providing it with an indirect interest in PEP 11, an area that extends across most of the shallow (less than 200 metres) offshore Sydney Basin covering more than 4500 square kilometres.

Management highlighted that the Sydney Basis is part of a much larger foreland basin which once extended from Queensland (Bowen Basin) southwards through the Sydney-Gunnedah Basins to the Nilsen-Mackey Basin.

The commentary from a number of sources released today follows last week’s report which referred to previous activity in the broader area. 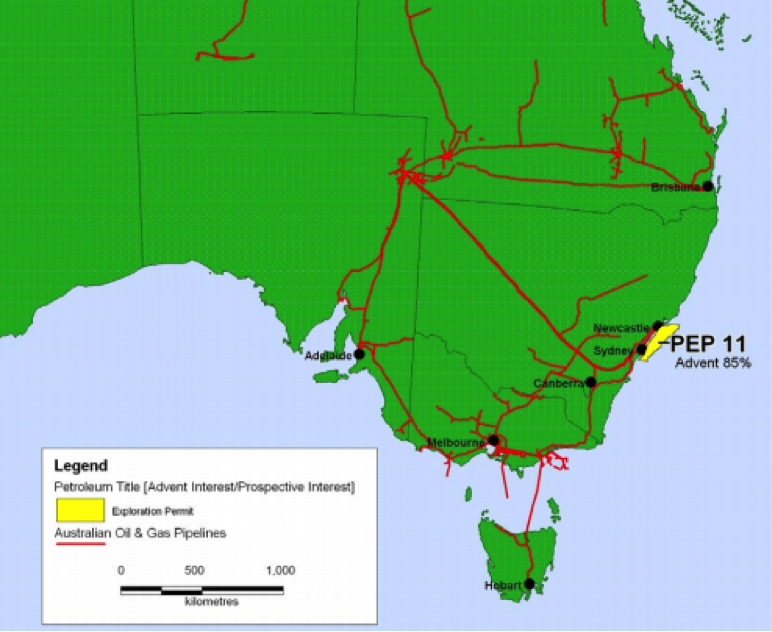 This most recent report was one of the studies produced by prior tenement joint holders, Santos and Ampolex.

In the gleaning information from an Ampolex report, management noted that Baleen South Lead was one of the group’s major targets and that ‘primary source rocks could provide a viable, mature gas/condensate source along the length of the offshore uplift’.

Australia Advent has identified a new target at Baleen (Baleen South Lead) on the crest of the Offshore Uplift.

Citing historical data, BPH said that the structure was mapped with 1991 seismic data.

The primary target reservoir in the offshore Sydney Basin is the Hawkesbury Sandstone.

It is anticipated that excellent top seal would be provided by Wianamatta Group shales and or Newport Formation Tidal shales.

It is worth noting that a decision by National Offshore Petroleum Titles Administrator (NOPTA) that would enable drilling of the Baleen target is pending.