Boss can respond quickly to kick in uranium price

Shares in emerging uranium producer, Boss Resources (ASX:BOE) increased by about 65% between June and August when it hit a high of 6.9 cents.

While it has come off slightly in September, the current share price indicates that it is still one of the best performing uranium stocks on the ASX, and what’s more has the capacity to break above the recent high.

The moderate retracement timbre suggests that sentiment towards Boss and its core commodity remains positive, and this is a reflection of broader global trends that have seen the share prices of some of the majors in the industry increase substantially in recent months.

There is plenty to like about Boss in terms of the quality of its Honeymoon Project in South Australia.

The company has one of the few uranium projects ready to participate in what management believes could be the early stages of a new uranium bull market.

Against a backdrop of strengthening uranium prices, Boss has been proactively identifying, addressing, and positioning the Honeymoon Project to be Australia’s next producer of up to 3.2 million pounds of uranium equivalent per annum.

Honeymoon is unique in that it contains a fully permitted uranium mine with $170 million of established infrastructure, including a plant in good condition under care and maintenance that has produced and exported uranium from the safe jurisdiction of South Australia where it holds approved Heritage and Native Title mining agreements. 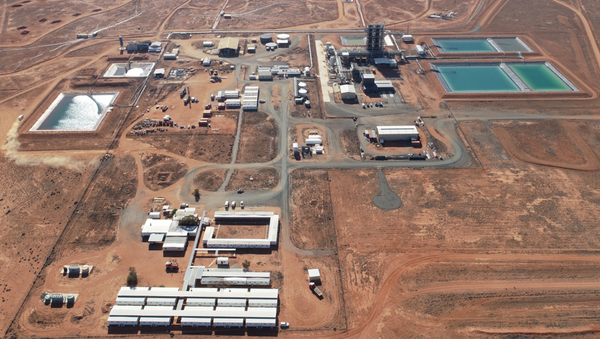 The Honeymoon mine can be fast tracked into production in a short 12-month time span.

In this environment management would likely choose to increase production through the addition of the ion exchange plant, which would take approximately 24 months to construct and commission.

All of the aforementioned factors contribute to the positive opinions shared by a number of analysts that cover Boss.

Patersons analyst Cam Hardie recently noted that Boss’ Honeymoon Project is well progressed with significant sunk capital, and all permits in place, including Mining Export Permit, with a relatively short timeframe to production and low AISCs (all in sustaining costs).

Given this backdrop, Hardie said, ‘’This puts the project in the running to be one of the first U3O8 projects back in production.

‘’All that is needed is a more supportive uranium price, and we believe the next uranium price catalyst will be the outcome of the US Nuclear Working Group which is expected by 11 October.’’

Hardie has a speculative buy recommendation on Boss, and he has attributed a valuation of 11 cents per share.

This appears well within the company’s reach based on Patersons’ earnings projections which point to maiden production and a net profit of $12.5 million in 2021, more than doubling to $28.2 million in fiscal 2022, representing earnings per share of 1.8 cents.

If Boss were to trade in line with Patersons’ valuation this would imply a conservative PE multiple of 6.1, suggesting there is significant upside to the company’s current share price of 5.9 cents

Boss Resources believes there are positive signs of upward price movement in the spot and term uranium markets.

Demand is growing particularly in China, India and Russia, and emerging nuclear nations such as Saudi Arabia, in addition to more reactors restarting in Japan.

But cutbacks to world production have brought that deadline forward, and to bring existing production back on line and encourage development of new production in time to meet demand, prices will have to rise significantly several years prior to when production is needed.

Boss Resources has a clear price objective to maximise returns for shareholders and while it is higher than the current market expectations, it is well within the range of expected near term price movements.

In a favourable uranium market the Honeymoon mine can respond very quickly to changing market conditions and catch the upside of the market cycle by producing at the lowest cost quartile worldwide.

With deliveries under long term contracts typically commencing around 18 months to 2 years after the contracts are signed, Boss Resources has the significant advantage of signing term agreements for supply in parallel with taking the decision to move forward with production.

This is a rare advantage for a new producer as in many instances production may start several years after the decision to produce is taken and market conditions may have changed significantly.

Uranium rebound may not be far off

There are geopolitical factors at play, as well as positive supply/demand dynamics that should work in favour of the broader industry, and in particular benefit companies like Boss with advanced projects in favourable jurisdictions.

Consequently, the ‘’favourable uranium market’’ conditions referred to by Boss may not be far away.

Uranium does not trade on an open market like most other commodities.

Cameco is one of the world’s largest providers of uranium with top-tier operations in Canada and Kazakhstan.

As indicated below, there has been an interesting uptick in the pure play nuclear company’s share price in the last month. 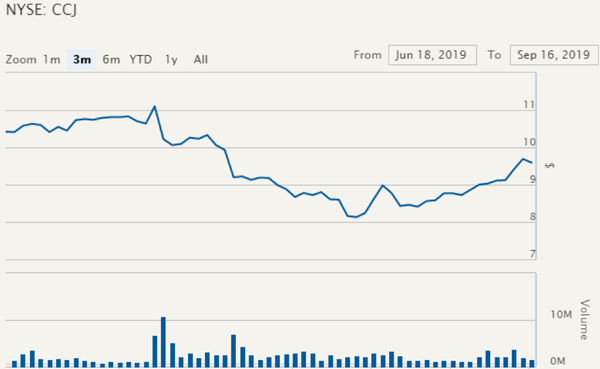 This suggests sentiment towards the industry could be gaining momentum after a positive trend started to emerge in mid-2018.

From Boss’ perspective this could indicate that its recent share price decline has merely been a function of profit-taking off the back of a strong rally.

This view is supported by the low trading volumes associated with the share price decline.

Volumes on days where the share price has declined have typically been around the 1 million mark compared with volumes of between 4 million and 10 million during the recent rally.

In terms of permitting, Boss received a new Mineral Export Permission (MEP/402/UOC/OO5C) from the Australian Government, allowing the company to export natural uranium from the Honeymoon Uranium Project.

Under the permit, Boss is able to export uranium to countries meeting Australia’s uranium export policy, namely those observing the Treaty on the Non-Proliferation of Nuclear Weapons and other safeguards requirements as specified.

Honeymoon’s receipt of a MEP makes it one of only four fully permitted uranium mines in Australia.

Three of these, being Olympic Dam, Honeymoon, and Beverley with Four Mile are located in the premier uranium mining state of South Australia.

Importantly, South Australia has a proven safe uranium handling and transportation systems with an impeccable record over a period of 30 years, and Port Adelaide is one of only two Australian ports approved for uranium exports. 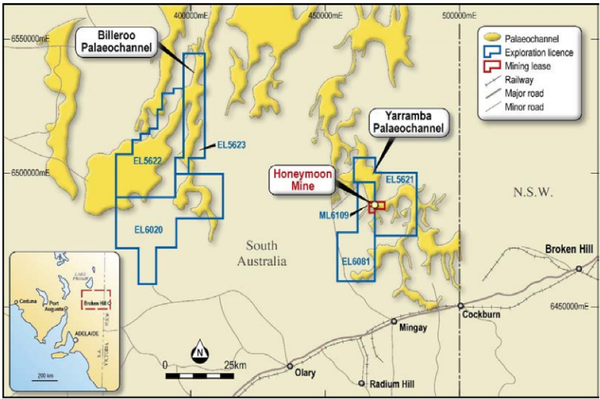 The renewal of the export permit is a major step towards re-starting production at Honeymoon, given uranium is Australia’s most heavily regulated commodity.

As well as being in a sound stable operating position, Boss is financially robust, allowing it to fund a restart.

Net cash outflows for the September quarter are expected to be approximately $700,000, and this assumes a $1.1 million research and development rebate is received during the quarter.