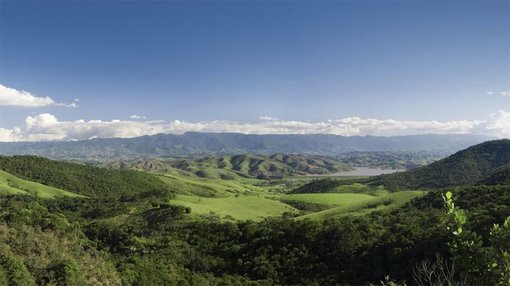 AVD’s Block 105 is 4,000 km2 in size, and is located in the Titicaca Basin of Peru. The block features a proven hydrocarbon system for both oil and gas and is on the same trend as the Pirin oil field – which has delivered historic oil production.

In addition to the onshore Peruvian acreage, AVD is also looking for further high value exploration assets in the Caribbean and South American regions.

AVD recently linked up with the US$250M market cap Norwegian marine geophysics company Polarcus (OTCMKTS:PLCS) to jointly search and bid for acreage in the Caribbean and this work will continue in parallel as it develops its oil and gas play in Peru.

Block 105 set for exploration by AVD

Block 105 is set in a region of Peru with a number of oil and gas projects with existing infrastructure that could aid AVD’s development activities. This includes the Peru LNG Project – which includes a pipeline spur into AVD’s Block, and an export gas pipeline running through the centre of the block. In addition, a rail line could be utilised by AVD which runs to coastal ports enabling export of any discoveries.

AVD considers Block 105 to be highly prospective – oil seeps at the surface have been encountered and demonstrate a working hydrocarbon system there. Large-scale reservoirs are also interpreted from existing drilling conducted at the site.

As part of the deal, Block 105 carries a work programme of 2D seismic in the initial term and drilling in a subsequent exploration term. This work programme requires $2M to deliver, and will be carried out over a one-year period once the block is removed from Force Majeure.

Given its 100% ownership and small market cap, AVD will look to farm out a portion of the acreage in order to partly fund this programme.

A 2D seismic programme was conducted at Block 105 by previous owners prior to AVD’s acquisition, and AVD is now preparing to reprocess and interpret the data that was gathered to enhance its understanding of the acreage.

AVD’s Managing Director David Ormerod says Block 105 could be the first of a number of investments the company makes in the Central and South Americas: “AVD looks forward to rapid evaluation of Block 105 in this productive trend we have identified in Peru and the further development of our exploration portfolio,” he says.

“Peru is an attractive investment environment where AVD looks to understand and develop further exploration opportunities.”