Major shareholders of American Patriot Oil & Gas (ASX:AOW) have knocked back a takeover offer as undervaluing the company in favour of a joint venture arrangement aimed at picking up assets on the cheap.

After a long-running due diligence process, AOW will not be taken over by JV partner Running Foxes Petroleum (RFP) – which in February launched a 22c per share takeover bid of AOW.

This valued AOW at about $35 million.

After doing the rounds with major shareholders though, AOW came to conclusion that the deal would not meet acceptances – and instead came up with an alternate plan.

Instead, it has entered into an agreement with RFP to jointly acquire distressed assets, with a focus on assets which merely need infill drilling to get to production.

One of the reasons the deal was knocked back by major shareholders was that the offer was seen to be made in a low point of the oil-price cycle, and AOW could garner better offers in the event the oil price picks up.

This is not guaranteed though, as commodity prices are volatile – always consult a professional before deciding whether or not to invest.

AOW said that the JV was already conducting due diligence on such as asset, and it would update the market in the coming weeks on this.

“We appreciate the patience of shareholders during the takeover proposal, however we believe our joint acquisition strategy has the potential to unlock significant value for AOW shareholders in the near term given the number of attractive, distressed properties we have sourced,” AOW CEO Alexis Clark said.

In drilling news, it said that RFP would start drilling as part of a five-well campaign at its Rough House project “shortly”.

The first well in the program is due to be drilled in the third quarter while the second well is slated for drilling early next year.

AOW is free-carried on the first two wells.

RFP has a 70% stake in the wells while AOW holds the remaining interest – in exchange for AOW not spending cash on the first two wells.

The area in question has been the host of several producers in the past, including multiple +1500 barrels of oil per day producers.

AOW holds a number of oil and gas leases in four states of the US, with the Northern Star project in Montana and the Rough House project in Colorado considered the leading assets.

Its overarching strategy is to work up assets to a point where it can farm them out to a bigger partner, while retaining a working interest in the asset and more often than not receiving a free carry on wells in the program. 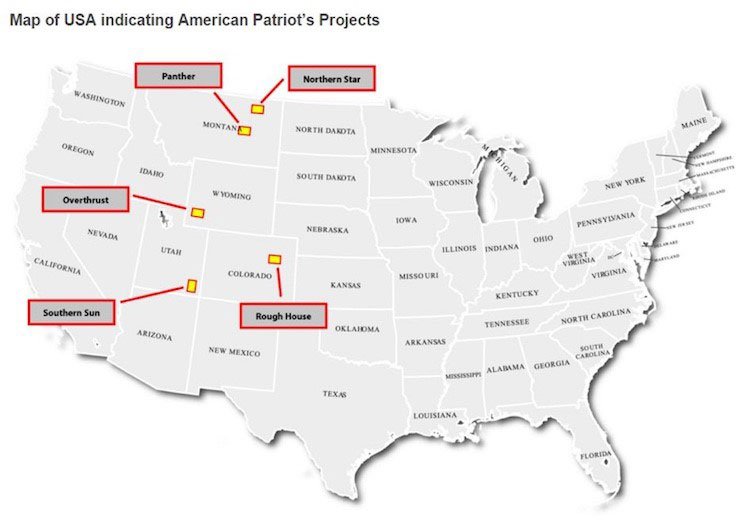 In the case of Running Fox, it farmed into Rough House earlier this month, taking a 70% operating stake in the asset and committing for up to five wells.

In September last year it received an offer from a private company headed up by Edward Mike Davis to buy the assets of AOW for $20 million in cash.

AOW knocked back the deal, calling it “opportunistic” and wanting to test the market for a higher offer.