American Patriot appoints key members to its board

Today’s appointment of two US based members to the board of Oil and Gas explorer American Patriot (ASX:AOW) is aimed at increasing the company’s presence in North America’s market.

The appointments of Mr James Gibbons and Mr Dan Green are to be finalised post due diligence of the recent 100% acquisition of the oil and gas assets owned by US private oil companies.

James Gibbons was the former Governor of the State of Nevada and a former member of the US Congress. Gibbons comes with extensive connections from his time with the government and prior military career, and is a geologist by training.

Gibbons will be classified as an Independent Director on the AOW board.

Experienced oil and gas executive Dan Green joins the AOW team with over 37 years in the Oil and Gas business.

Being a petroleum engineer in his past, Green is the current President of Pacific Energy & Mining Company and was the previous President of Western Energy Inc.

Green will serve in an executive role and will be classified as a non-independent Director.

AOW anticipates that the appointments will be used to leverage US based connections including access to stock brokers, investors, private equity funds and deal flow in the US.

What deals the company may do are yet to be determined, so if considering this stock for your portfolio seek professional financial advice.

In other moves at AOW, Denver based Mr Brett A. Murray was appointed as Senior Vice President of Business Development and Land, also subject to the completion of due diligence.

Murray comes with over 12 years’ experience in the Oil and Gas Industry and has been the Chief Operating Officer of publicly traded Virtus Oil and Gas Corporation.

With current Chairman of AOW, David Shaw, is due to retire from his position and board of directors in November. A role which will be filled by current director Frank Pirera

AOW has 5 key projects located in the US, with a total of approximately 30,914 net mineral acres under lease: 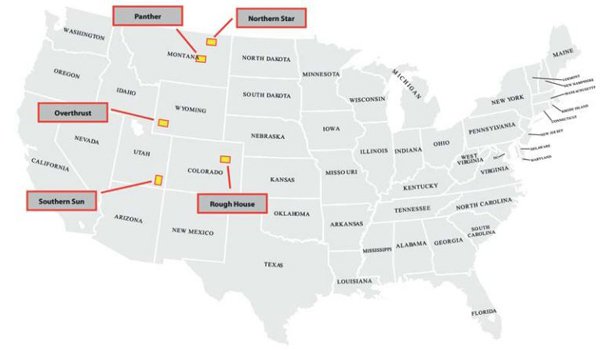