Alligator Energy (ASX:AGE) is in a prime position to capitalise on the glowing uranium market, announcing today that it has acquired Cameco Australia’s remaining 41.65 per cent interest in the Beatrice Project tenements.

AGE now holds 100 per cent of the project. Beatrice is one of the highest quality and priority exploration targets for potential uranium discovery, which lies 13 kilometres directly east of the Ranger Uranium Mine — AGE’s previous geological and geophysical work on the BT12 target suggests it has the right structural and stratigraphic characteristic to host similar deposits.

AGE is an experienced exploration group with advanced uranium prospects in the Alligator Rivers Uranium Province (ARUP) of the NT, and has rights to earn an interest over nickel and cobalt tenements in the Piedmont region in Italy.

The uranium market continues to power forward, with completion in March this year of the first nuclear plant in the UAE, and continued uranium production cuts at producing operations.

According to a 2017 report by the World Nuclear Association, global nuclear power generation is now back and above where it was just prior to the 2011 Japanese tsunami, and nearly all through new plant construction in countries like China, India, Russia and the Middle East.

Recent uranium production cut announcements at Cameco’s McArthur River Mine in Canada and Kazatomprom in Kazakhstan earlier in 2017 have resulted in anticipated reduction in uranium inventories through 2018 and some improvement in the spot price. On top of that, a number of utilities will be targeting to renegotiate long-term contracts in the next 1-2 years, which bodes nicely for a return to sustainable pricing.

Russian lawmakers have also recently drafted legislation that will allow the country to ban or restrict imports of a slew of US goods and services — a move that could impact the US uranium market. The draft bill calls for a halt in trade between US nuclear power companies and Russia’s state-owned nuclear company, Rosatom.

According to uranium expert, Mike Alkin, the US uses 50 million pounds of uranium a year, and currently imports 95 per cent of that uranium.

All of this has potentially major implications for aspiring uranium producers like AGE.

However, how much of the market Alligator is able to corner is speculative at this stage and therefore, investors shouldn’t act on this fact alone, but should take all publicly available information into account and seek professional financial advice.

The purchase of the remaining interest in the Beatrice Project tenements is based on a nominal up-front cost, with a 15 year Cameco buyback option of 40 per cent based on discovery and definition of a JORC Resource of more than 100 million pounds of uranium.

This strategic transaction is in line with AGE’s plan to discover new high-grade uranium deposits within the ARUP region, consolidate its regional holding ownership, and maintain the relationship with Cameco.

AGE says it remains optimistic in the short to medium term for a fundamental shift in uranium price, and remains committed to low cost, effective and progressive exploration of its uranium assets to tap into on this expected improvement in the uranium market. 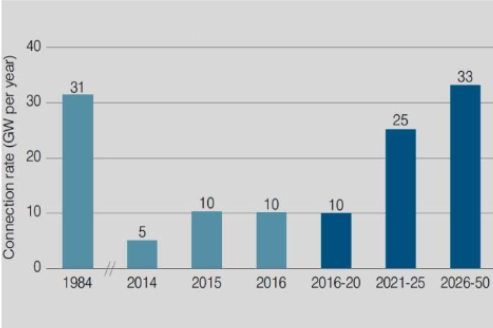