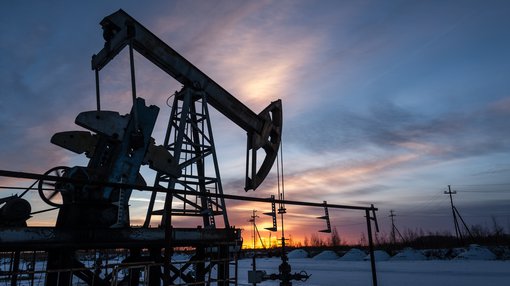 88 Energy Limited (ASX:88E) this morning provided an update for its projects on the North Slope of Alaska.

88E expect production testing at Icewine#2 to recommence on 11 June 2018. In preparation, site clearance works to clear snow and ice from the Franklin Bluffs gravel pad to enable access to the Icewine#2 wellhead have commenced, and the final preparations for mobilisation of test equipment are underway.

Once cleared, pressure gauges will then be retrieved from downhole and the data anaylsed to determine if any reservoir degradation is observed, which may require remedial action such as reperforation of the target intervals.

In preparation for the flow testing that’s scheduled to commence on 11 June, test equipment including separators, tanks and nitrogen lift units will be mobilised to site.

The flow testing program has been designed to utilise nitrogen lift to assist the removal of up to an additional 4000 barrels of fluid from the HRZ reservoir. 88E say this will enable the hydrocarbons in the reservoir to flow naturally to surface at a representative rate and is expected to take 10-14 days based on modelling of the reservoir pressure and fracture conductivity. The well will then continue to be flowed back to ascertain drawdown pressure and decline rate.

The company today also reported that its 3D seismic processing is on schedule at both Project Icewine and the Yukon Gold leases.

Early products from the Project Icewine 3D survey are expected to be received mid-year prior before a formal farm-out process related to the conventional prospectivity already identified over the Western Margin leases at the project.

The Yukon Gold 3D data is expected in the fourth quarter and will assist in assessment of the potential of the Yukon Gold oil discovery as well as delineation of any additional potential on the leases.

Managing Director, Dave Wall, commented: “The team remains busy on several fronts; however, focus is now clearly on the imminent recommencement of production testing at the Icewine#2 well.

88E does remain a speculative stock and if considering this stock for your portfolio you should take all public information into account and seek professional financial advice.

88 Energy has a 63% working interest and operatorship in ~342,000 acres onshore the prolific North Slope of Alaska, Project Icewine. The North Slope is the host to the 15 billion barrel Prudhoe Bay oilfield complex, the largest conventional oil pool in North America.