88 Energy Limited (ASX:88E) this morning provided an update related to ongoing work on its conventional prospect portfolio at Project Icewine, which is located on the North Slope, onshore Alaska, and has a total conventional net mean prospective oil resource of 2,445 MMBO.

The Yukon 3D seismic, acquired by 88E in the first quarter of 2018, has been fast track processed, with mapping undertaken to assess the maiden prospective resource associated with three sand bodies identified on the leases.

The Cascade lead, has been upgraded to prospect, a Brookian Turbidite Fan Play, while additional prospectivity has been mapped within Staines Tongue Topset Play.

The Cascade Prospect is the largest of the sand bodies, containing ~92% of the preliminary mapped resource on the Yukon Leases. The Cascade prospect is interpreted to have been intersected in a downdip location by the vintage Yukon Gold-1 oil discovery well.

Yukon Gold-1 was drilled in 1993 and discovered two oil saturated sands in the Canning Formation with porosities exceeding 18%. Up until the 2016 commissioning of infrastructure at the nearby Point Thomson gas/condensate/oil field, an accumulation of this size would have been considered stranded. Internal modelling suggests that break-even development price is now less than US$40/bbl.

Next steps will involve generation of an inversion 3D volume to further delineate and de-risk current mapping. An update is planned for the next quarter. 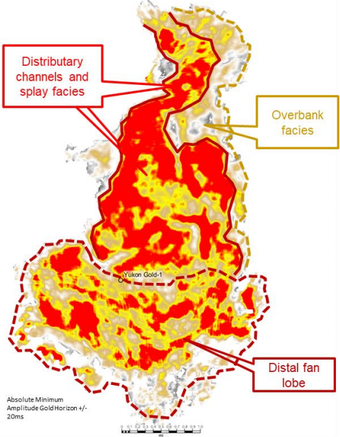 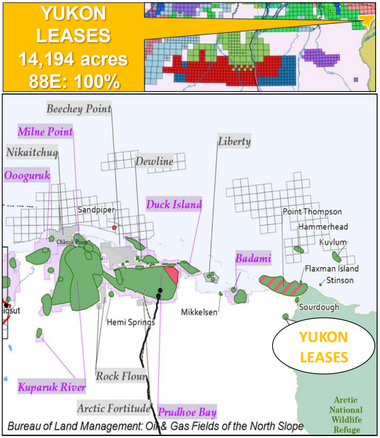 This data highlighted features, such as feeder channels, associated with the prospects, providing further confidence in the mapping and the geological model. Additionally, further analysis has provided positive insights into the prospects / discoveries identified in the shallow Schrader Bluffs Formation, as well as the deeper Torok Formation. These insights are particularly encouraging by comparison to recent successful production testing in the Nanushuk Formation discoveries made over the last four years on the North Slope.

A farm-out process is currently underway, with a deal targeted prior to year-end.

88E also has a stake in the Winx-1 well, slated for drilling in the upcoming quarter.

The Winx-1 well is on schedule to begin drilling in February 2019, and is targeting a prospect with a gross mean unrisked prospective resource volume of 400MMBO (144MMBO net to 88EP).

Two of the objectives to be tested in the Winx-1 well are within the Nanushuk Formation — on success, these would prove up an extension of the play four miles to the east of the current fairway. 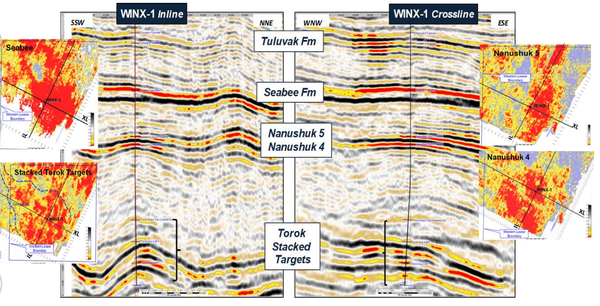