88 Energy Limited (ASX:88E; AIM:88E) informed the market today that it remained on track for the scheduled February spud of the Merlin-1 well at Project Peregrine, North Slope of Alaska.

Merlin-1 will target the Nanushuk topset play that has been recently successful in offset acreage as well as elsewhere on the North Slope.

Provided things go to schedule, the Harrier-1 well will be drilled directly after Merlin-1 has been completed and, potentially, flow tested.

Snow road construction to the Merlin-1 and Harrier-1 locations commenced in the second half of December 2020 with work currently focused on the first 30 miles of snow road within NPR-A.

In further promising news, the All American Oilfield’s Rig 111 is currently being re-assembled post deconstruction as part of the commissioning process prior to handover and mobilisation to site.

Rig 111 as shown below was contracted in December 2020 to drill the Merlin-1 and Harrier-1 wells. 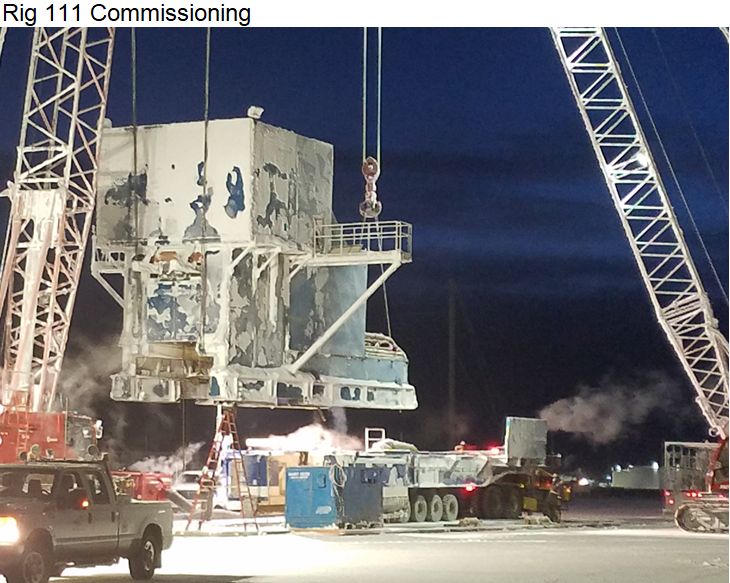 There is the possibility of highly promising newsflow in coming weeks as the Talitha-A well, to be drilled by Pantheon Resources PLC (AIM:PANR) close to the northern border of the 88E central acreage position, is scheduled to spud in the first half of January 2021.

Several of the prospective horizons in Talitha-A are interpreted to extend into 88E acreage as shown below.

In-house analysis has commenced on various commercialisation options for the gas condensate discovered in the Torok Formation by 88E’s Charlie-1 well in 2020.

The commercialisation options include, but are not limited to, possible local power generation and compressed natural gas.

There is also the potential for conversion to hydrogen using steam methane reforming (SMR) with carbon capture and storage (CCS) processes.

It is expected that this work will move to a formal feasibility stage during 2021.

Running in tandem with these initiatives will be the farmout of Project Icewine, with a deal targeted in the September quarter.

Commenting on the potential for dual near-term catalysts, 88 Energy managing director Dave Wall said, "It is now full steam ahead with operations prior to the scheduled spud of the first well, Merlin-1, at Project Peregrine in six to eight weeks.

Whilst the Peregrine drilling forms the focus, there is plenty of activity on other fronts that we look forward to providing updates on throughout the course of 2021. ”