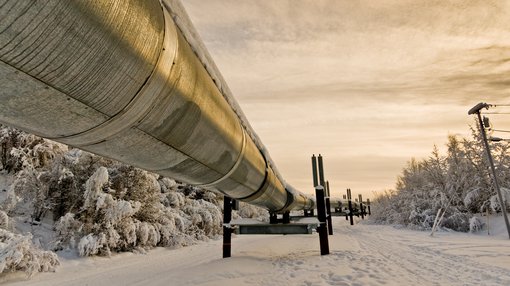 Together with existing cash reserves, proceeds of the placement will fund the company’s ongoing evaluation of its extensive acreage in the resurgent North Slope region of Alaska, where it rubs shoulders with a number of energy giants, including ASX-listed Oil Search (ASX:OSH).

The company has also hinted at further resource acquisitions, saying the capital raising will provide the company with enough cash to fund ‘new venture opportunities’.

Managed by broker Hartleys, the capital raising was finalised through a placement priced at 1.25 cents per share (£0.007), an 11% discount to 88 Energy’s last closing price of 1.4 cents. A total of 540 million ordinary shares will be issued, bringing the number of ordinary shares in issue to 6,871,540,324.

At the end of the June quarter, the company’s cash reserves stood at $6.7 million.

Commenting on the Placement, Dave Wall, Managing Director of 88 Energy, stated: “Completion of this placement positions the Company strongly as preparations continue for the drilling of the Charlie-1 (Malguk-1 appraisal) well, which will test multiple stacked conventional targets, as well as the HRZ shale, in Q1 CY2020.

“Drilling the Charlie-1 well will be a pivotal moment for the Company as it seeks to unlock the large potential of the conventional plays on the acreage.”

Terms of the farmout agreement were signed in late August, giving Premier a 60% interest in the precinct known as Area A, with 88 Energy retaining a 30% holding. The remaining 10% will be held by 88 Energy’s joint-venture partner, Houston-based Burgundy Xploration.

Drilling at the Charlie-1 well in Area A is on target to commence within 6 months, with Premier Oil contributing up to US$23 million. 88 Energy will retain operational rights to the project.

88 Energy has earmarked some of the funds raised as a contingency for the Charlie-1 well should costs exceed Premier Oil’s US$23 million commitment, in addition to chasing new exploration opportunities in the region.

Broker Hartleys says while drilling success at the Charlie-1 well would represent 88 Energy’s most likely catalyst for a rerating, the company has other irons in the fire.

Other conventional targets – including in the adjacent Area B and Area C – provide future exploration opportunities, with Premier Oil already lining up for a piece of the pie.

Should Charlie-1 be successful, Premier has the option to take a 50% interest in Area B or C by spending US$15 million.

And while not everything has gone to plan for the company – the Winx-1 well was abandoned earlier this year – Hartleys remains positive, saying there is significant value yet to be unlocked through the farmout of conventional acreage at 88 Energy’s recently acquired Yukon leases.

The Yukon leases, which were drilled by BP in the 1990s, could hold prospective resources of 90 million barrels of oil.

There’s further upside potential from HRZ shale resources at the 475,000 acre Project Icewine, with 88 Energy hoping to sign a deal with a farmout partner before the end of the year.

Unconventional resources such as HRZ shale are those requiring specialised extraction techniques, such as hydraulic fracturing.

Those HRZ shales resources could be as significant as 2,000 million barrels of oil – twice 88 Energy’s share of the likely conventional resources available from the Project Icewine acreage.

But there’s still work to be done, including horizontal appraisal drilling. 88 Energy hopes to collect more data when the Charlie-1 well is drilled early next year. For now, the focus remains on securing a farmout partner for the non-conventional resources.

And of course the introduction of a farmout partner inevitably reduces 88 Energy’s share of that 2 billion barrel potential resource.

Hartleys maintains a ‘speculative buy’ rating on 88 Energy, saying the most likely trigger to move the share price upwards will come from developments in the company’s conventional resources. The broker has recently lifted its valuation from 2.4 cents to 2.8 cents per share.

Given that potential upside, 88 Energy should be rated as one of the more interesting small energy plays listed on the ASX – but it’s a small company operating in a foreign jurisdiction, and investors need to understand (and be comfortable) with the risks of the junior oil and gas sector.