88 Energy up 16% as drilling starts in Alaska

Shares in 88 Energy Ltd (ASX:88E) opened 16% higher on Tuesday morning as the company announced that it had commenced drilling the much anticipated Charlie-1 appraisal well in Alaska.

The company’s share price has held up very well despite the broader market sell-off, and it is now trading broadly in line with where it was at the start of the month.

The Charlie-1 well has been four years in the making for 88 Energy, beginning in 2016 when the company first acquired 2D seismic over its Project Icewine acreage.

Since that time, 88E has reprocessed legacy 2D seismic (2017), undertaken a targeted acreage expansion and then shot modern 3D seismic (2018) before farming down (2019).

Commenting on this backdrop and looking to the future, managing director Dave Wall said, ‘’A prospect of this calibre in a frontier region requires significant time and effort to come to fruition and we are optimistic that success is just around the corner.’’ 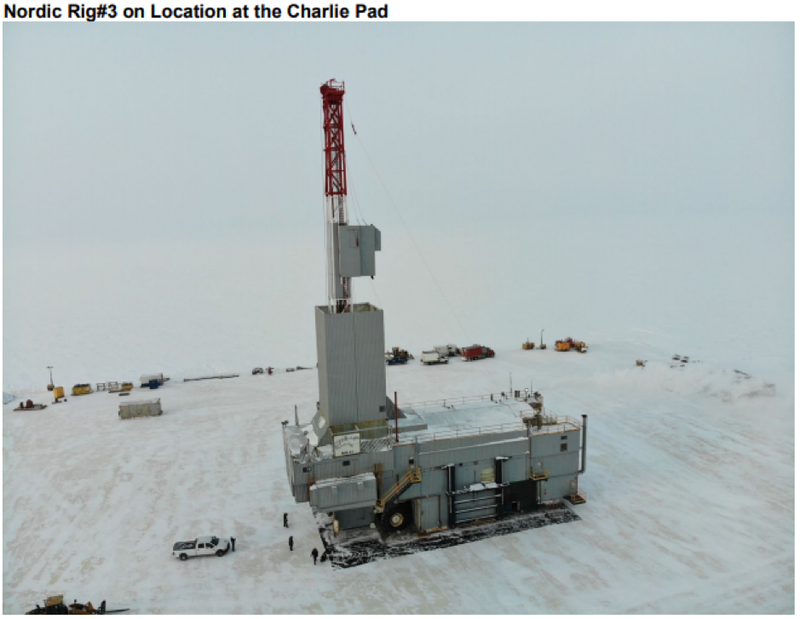 The Charlie-1 appraisal well has been designed as a step out appraisal of a well drilled in 1991 by BP Exploration (Alaska) Inc called Malguk-1 which encountered oil shows.

The total Gross Mean Prospective Resource across the seven stacked targets to be intersected by Charlie-1 is 1.6 billion barrels of oil (480 million barrels net to 88E).

Each of these targets could be a potential standalone development in its own right and, when combined, the aggregate gross mean prospective resource potential is 1.6 billion barrels of oil, 480 million barrels of which is net to 88E given its retained 30% interest.

The cost of the Charlie-1 appraisal well will be funded by Premier Oil Plc (LON: PMO) up to US$23 million under a farm-out agreement that was executed in August 2019.

In exchange for funding the well, PMO will gain a 60% working interest in a circa 40% portion of Project Icewine’s conventional acreage in Area A, or the ‘Western Play Fairway’.

88 Energy intends to use the capital raised to fund potential costs of the Charlie-1 well above the Premier Oil carry, as well as to fund lease rental payments, interest payments due on the debt facility, new ventures opportunities, and finance ongoing working capital and general and administrative overheads.

The fact that 88 Energy is now trading in line with the January placement price is a good sign in terms of measuring investor support.