88 Energy (ASX | AIM: 88E) announced on Tuesday morning that it had progressed the interpretation of 2D seismic data acquired in early 2016, resulting in the identification of a number of promising conventional leads within the Brookian sequence.

As a backdrop, 88 Energy has a 77.5% working interest and operatorship in approximately 271,000 acres onshore the prolific North Slope of Alaska (Project Icewine). The North Slope of this region is host to the 15 billion barrel Prudhoe Bay oilfield complex, the largest conventional oil pool in North America.

88 Energy and its joint venture partner, Burgundy Xploration have identified three highly prospective play types that are likely to exist on the Project Icewine acreage, two conventional and one unconventional.

The large unconventional resource potential of Project Icewine has been independently verified, and it is worth noting that the project is strategically located on a year-round operational access road, only 35 miles south of Pump Station 1 where Prudhoe Bay Feeds into the Trans-Alaska Pipeline System.

In late 2015, 88E completed its maiden well at the project, Icewine#1, to evaluate an unconventional source rock reservoir play which yielded excellent results from analysis of core obtained from the HRZ shale. A follow-up well with a multistage stimulation and test of the HRZ shale, Icewine#2 is planned for the first quarter of 2017.

88E’s Managing Director, Dave Wall said in relation to today’s developments that HRZ remained the company’s primary target and the focus of its short-term activity, but there was no denying the significance of the interim results from the 2D seismic data acquired earlier this year.

However, these are interim results, so if considering this stock for your portfolio seek professional financial advice for further information.

While processing and interpreting the data has taken a little longer than expected he said the features are greater than anticipated and warrant further interpretation and analysis, the results of which will be announced later in the year.

In relation to recent activity in the region, Wall said, “We expect the two recent billion barrel discoveries in the Brookian sequence by both Armstrong Oil and Gas and Caelus Energy to be a catalyst for increased industry interest in the region”. 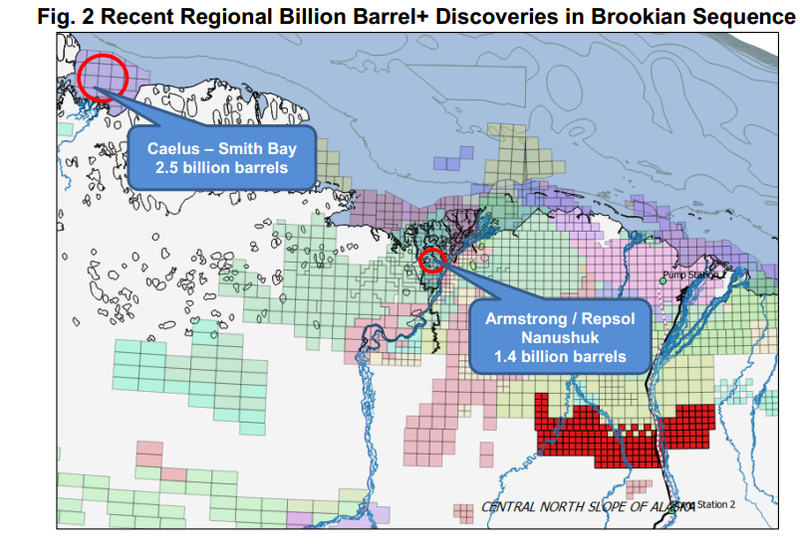 While conceding that the recent discoveries weren’t strictly analogous to the Brookian play potential at Project Icewine, the discoveries highlight the significant conventional oil resource on the North Slope yet to be discovered through utilisation of modern seismic technology.

The fact that interpretation of the 2D data released today has presented 20 leads that have been provisionally mapped across the Icewine acreage is an indication of what may lie ahead. The group has identified five key leads that have been prioritised for early maturation from which future likely drilling candidates will be selected.