Uscom continues to grow its position in China

These numbers reflect a significant growth in orders for all Uscom products in advance of the group’s China National Medical Products Administration (NMPA) applications, which are rapidly approaching approval phase.

The June quarter cash receipts figures bode well for fiscal 2020, reflecting a run rate of just over $3.1 million, indicating that management’s expectations of strong growth should see the company improve substantially on its fiscal 2019 performance.

Uscom BP+ unit sales were up 143% on the year, an increase predominantly research driven with two significant multi-centre blood pressure studies in the US, partnering with one of the world’s leading technology companies, and participating in a national public health project in New Zealand.

The BP+ is a supra-systolic, oscillometric, central blood pressure monitor which measures blood pressure and blood pressure waveforms at the heart, as well as in the arm, providing information only previously available using invasive cardiac catheterisation.

The BP+ is also simple to use and requires no complex training with applications in hypertension and pre-eclampsia, heart failure, intensive care, general practice and home care.

The device is supported by the proprietary BP+ Reporter technology, an innovative stand-alone software solution that provides a digital platform to archive patient examinations and images.

This measures progress over time, while also analysing pulse pressure waves and generating a summary report.

SpiroSonic unit sales were up 74% for the year, boosted by growing US eHealth partnerships and orders.

While this represents strong sales growth, Uscom chief executive Rob Phillips flagged further growth potential in saying, “Despite a three to twelve month disruption of approvals and sales in Europe, the US, Middle East and South-East Asia associated with the Uscom Kft relocation, annual spirometry unit sales were increased by 74% over fiscal 2019, an indication that our growth strategy is starting to get traction.”

They are simple and accurate to use and provide research quality pulmonary function testing in small hand held devices that can be used in research, clinical and home care environments.

At a time when home care is being encouraged due to a lack of capacity in traditional medical facilities, Uscom’s development of easy-to-use devices which can provide accurate information in a home environment appears to be timely.

Another important feature is the device’s ability to be coupled with mobile phone applications and proprietary SpiroSonic software platforms with wireless interfacing to provide remote tele-monitoring of pulmonary disease.

USCOM 1A holds position of device of choice

There has also been a continued increase in the recognition and adoption of USCOM 1A, particularly in China.

Once again, this is a simple to use, cost-effective and non-invasive advanced haemodynamic monitor that measures cardiovascular functions, detects irregularities and is used to guide treatment. 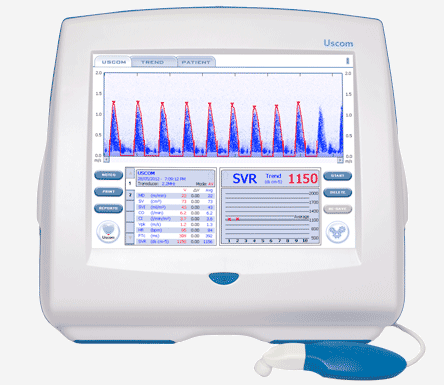 The USCOM 1A device has major applications in paediatrics, emergency, intensive care medicine and anesthesia.

The 1A is the device of choice for management of adult and paediatric sepsis, hypertension, heart failure and for the guidance of fluid, inotropes and vasoactive cardiovascular therapy.

Management has registered Uscom China and opened a Beijing office.

On the product advancement front, NMPA applications covering eight products have been submitted, including a new spirometry device.

Uscom has applied for 14 China trademarks and copyrights, three of which have been received to date. 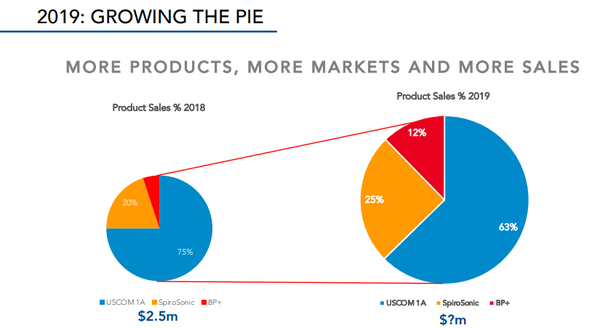 Management noted that China remains the company’s strategic growth platform, and in commenting on the group’s evolving position, Phillips said, ‘’Uscom is in a rapid growth phase so our strategy is investment and growth focused to ensure manufacturing supply and distribution once we receive China NMPA approvals and orders for BP+ and SpiroSonic.’’