Trial success may open up options for BPH

The Brain Anaesthesia Response (BARM) system measures a patient’s brain electrical activity, the electroencephalogram (EEG), in order to indicate how deeply anaesthetised a patient is during an operation via an adhesive sensor applied to the forehead.

The BARM System is designed to assist anaesthetists and intensive care staff in ensuring patients do not unexpectedly waken, as well as reducing the incidence of side effects associated with the anaesthetic.

The BARM System is protected by five patent families in multiple jurisdictions worldwide through 22 granted patents.

Trials in Australia and the UK

In an important development, the Sydney Adventist Private Hospital in Sydney has commenced trialling the BARM system.

The trial will continue through to the second week of July 2019.

BARM is also gaining international recognition with LiDCO Ltd UK, preparing to trial the system at Southampton University Hospital during the period July to September 2019.

In the UK, the LiDCO Group has a leading market share, with over 50% of NHS acute care hospitals using its technology.

At that stage the technology had been used with 109 patients at the hospitals and it was found to meet the three main purchasing requirements, being the provision of technological benefits, clinical benefits and cost effectiveness.

Trial success could open up opportunities for BPH

BPH’s investments in Cortical are via a convertible notes with interest accruing at rates between 8% and 9.4%.

BPH could also exercise an option to convert the financial liability into equity in the group, underlining the significance of these trials in terms of shaping the company’s strategy in fiscal 2020.

From an operational perspective, Cortical is focused on commercialising the intellectual property developed at Swinburne University.

The core product, the Brain Anaesthesia Response (BARM) System has been developed with the objective of better detecting the effect of anaesthetic agents on brain activity, aiding anaesthetists in keeping patients optimally anaesthetised. 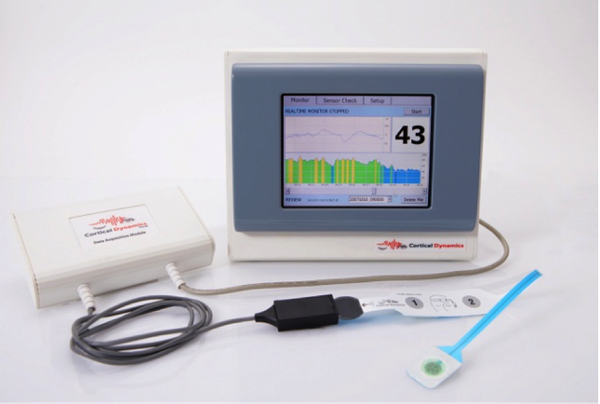 The BARM System improves on currently used EEG technologies by incorporating the latest advances in its understanding of how the brain’s rhythmic electrical activity, and how the EEG is produced.

The approach used is fundamentally different from all other devices currently available in the market in that its underlying algorithm produces EEG indexes which are directly related to the physiological state of the patient’s brain.

According to Cortical Dynamics, the global brain monitoring market in 2012 was valued at $1.08 billion and is poised to reach $1.63 billion by 2020.

The global brain monitoring devices market is broadly segmented into three categories based on its product, application, and end-user.

Fuelling market growth are the various technological advancements which are leading to high functionality, lower costs, ease of operation, and miniaturization of devices.

Cortical will initially focus on the Total Intravenous Anaesthesia (TIVA) market within Europe.

TIVA provides a method of inducing and maintaining general anaesthesia without the use of any inhalation agents.

The English healthcare body NICE (National Institute for Health and Care Excellence) has recommended EEG-based depth of anaesthesia monitors as options in patients receiving TIVA and in patients who are considered at higher risk of adverse outcomes during any type of general anaesthesia.

This includes patients at higher risk of unintended awareness and/or excessively deep anaesthesia.

It has been estimated that approximately 29 million major general surgery general anaesthesia’s are conducted in the European Union each year, of which 55% are balanced anaesthesia (using a combination of intravenous agents such as propofol and volatile gases), and 20% are total intravenous anaesthesia (TIVA) using propofol.

In Italy, the Society of Intravenous Anaesthesia has reported that TIVA usage has already reached 40% of all anaesthesia procedures.

Cortical’ s technology has a versatility that goes beyond depth of anaesthesia and may be applied to other EEG-based markets, such as neuro-diagnostic, drug discovery, drug evaluation and the emerging Brain Computer Interface (BCI) market.

There are considerable opportunities offered by subsequent expansion of the company’s core technology through developing the product to carry out additional functions including neuro-diagnostics of changes in brain and memory functions to provide early warning of degenerative diseases, pain response and tranquilizer monitoring for trauma patients in intensive care units.

While a number of EEG monitors are commercially available, one that is reliably able to quantify the patient’s anaesthetic state is still desperately needed.

The specific advantages of Cortical’s BARM system over all other competing systems include its production of EEG indexes which are based on physiological mechanisms direct from the patient, unlike other systems on the market which produce EEG indexes based on statistically based empirical approaches.

This provides a fundamental differentiation from competing technologies, indicating that successful adoption could see the emergence of a proprietary technology in an industry segment with high barriers to entry.

One of the other compelling characteristics of the BARM is that it produces a reading within three seconds of start-up and an updated reading every second thereafter, compared to 30 second updates on competing systems.

The technology has also demonstrated its ability to monitor hypnosis and analgesia independently by EEG.

These characteristics afford much greater sensitivity, allowing the monitor to identify changes in brain function and detect several classes of anaesthesia and other brain disorders.