Developer and distributor of devices to improve the management of chronic and costly respiratory disorders such as asthma and COPD, Respiri (ASX:RSH) has announced that it is on the verge of establishing a partnership vehicle to manufacture and market an updated AirSonea device in China.

In updating the market on the status of discussions, management said, “Respiri confirms it has received a written, commercial-in-confidence draft proposal to establish a partnership vehicle to manufacture and market an updated AirSonea in China.”

AirSonea is RSH’s flagship product, providing users with the ability to self-manage their conditions with the aid of smart phones, including a connected device for nocturnal monitoring which is in development.

These products have been cleared for use by the US FDA, the European Union CE and the Australian TGA. RSH has begun the approval process required for introduction into Asian markets.

The company had recently flagged the possibility of a partnership agreement with one or more parties in China, sparking a circa 20% share price rerating. Consequently, today’s news has had little impact on the company’s share price, with investors perhaps viewing the news as being already factored in.

However, the significance of such an agreement can’t be understated as China has approximately 100 million asthma sufferers, including millions of children. It is the leading cause of children’s hospitalisation and imposes a significant burden on families and the China health system.

Over 100 million suffer from asthma in China

Consequently, such an agreement could open up a huge addressable market, and there is the potential in a country that is struggling to keep abreast of this common issue, for government support perhaps in terms of assisting in the funding of development and/or opening up channels of distribution.

However, aside from that the Chinese market represents a significant opportunity as rapid economic growth and urbanisation continues to cause increased prevalence of asthma and other respiratory diseases.

Asthma education and management control in China remains poor and it has the world’s highest mortality rate.

The living environment itself is so challenging that using devices to manage the associated problems will be ongoing with demand increasing as population and industrialisation escalates. 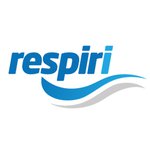