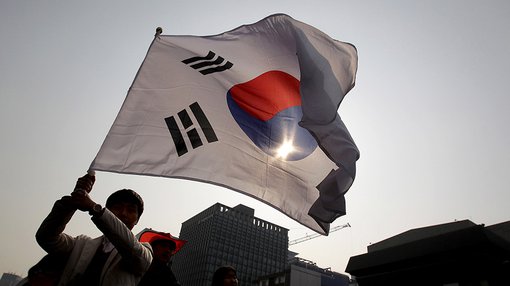 Race Oncology (ASX:RAC) announced this week that it has signed a License and Sales Agreement with the Korean company, BL&H Co, to distribute RAC’s cancer drug treatment, Bisantrene, in South Korea for the treatment of Acute Myeloid Leukaemia (AML).

As indicated by RAC in announcement, BL&H will generate orders from Korean hospitals and RAC will be responsible for shipment and invoicing to the hospitals with the former receiving a 25% commission on sales. BL&H has represented other ASX listed companies in South Korea, including CSL and Medical Developments International.

Commenting on this recent development and the company’s strategy, RAC’s Chief Executive Peter Molloy said, “We see this as an important agreement for Race that signals the potential and opportunity for Bisantrene in international NPP markets outside Europe, and we are currently pursuing licensing partners in other countries.”

In order to appreciate the significance of this agreement, it is important to understand Bisantrene’s background and Race’s strategy for investor value creation through so-called ‘NPP’ sales programs.

About Bisantrene and Race

Global pharmaceutical often shelve drug development programs, especially after mergers, when the imperative is to rationalise the R&D portfolio. In some cases, the drug could have a promising future, but it languishes on the shelves of big pharma, until an enterprising small company, like Race Oncology, comes along to rescue it and bring it to market.

That’s the story of Bisantrene – a drug with exceptional promise in one particular type of cancer called Acute Myeloid Leukaemia or AML. Bisantrene was tested in more than 40 clinical studies against more than a dozen different cancers back in the 1980s and early 1990s, before it was lost in a series of big pharma mergers. Race estimates that by today’s cost standards for such trials, at least US$100 million was invested in Bisantrene before it shelved.

One of the cancers where it showed strongest activity was AML, even after patients had failed all other therapies. The treatment of AML has not changed in 30 years, so Bisantrene is just as relevant today as when it was tested in those trials.

Although with regard to Race Oncology, this is an early stage play and investors should seek professional financial advice if considering this stock for their portfolio.

Race Oncology has filed new patents on the drug and obtained Orphan Drug Designation in the FDA. This is a special designation offered by the FDA to stimulate research and development into less common diseases, like AML, which would otherwise be too small for the pharmaceutical companies to pursue. The Orphan Drug Designation has the benefit of less onerous approval requirements by the FDA, plus it gives the sponsor (developer) of the drug seven (7) years of protection from competitors from the time it is approved by the FDA. This combined with the patents, gives Race effective commercial protection once the drug is launched in the US.

In order to gain FDA approval and start selling in the US, which is the most important pharmaceutical market in the world, Race needs to conduct at least one clinical study to prove the effectiveness of Bisantrene in AML according to current clinical testing conditions, as distinct from those that applied when the drug was tested in 1980s/90s. The Company had a pre-IND meeting with the FDA in February and expects to file its Investigational New Drug (IND) application to start that clinical trial later this year.

In the meantime, though, Race wants to make the drug available on a compassionate use basis to those AML patients who have exhausted all other therapy and still have AML. These patients are classified as ‘relapsed/refractory AML’ or simply ‘r/r AML’.

The good news for Race is that there are several countries where Race can sell the drug for such patients, rather than simply provide it for free. In some cases, the patient pays for the drug, but in many cases it’s the treating hospital that pays the cost. Because the drug is sold on a ‘named patient’ basis, with the hospital or treating oncologist taking responsibility, rather than under a general marketing approval, these sales programs are often referred to as ‘Named Patient Programs’ or NPP.

In Europe, there are at least three countries where NPP sales are possible for Race: France, Italy and Turkey. Race expects to start making sales in France before the end of 2017, with other countries to follow. It has recruited a company called CarthaGenetics, who are experts in NPP in Europe, to handle all the logistics associated with the NPP sales of Bisantrene in Europe.

Outside Europe, there are countries where NPP can be made in the same fashion. One of these is South Korea and Race announced this week that it had signed up the Korean pharmaceutical company and NPP expert, BL&H Co, to run its NPP sales in South Korea. This is good news for Race and should herald similar deals in other countries outside Europe in the future. The sales in Korea could start soon after the sales in France.

What this all means for Race is that they can start generating profitable sales and cash flow, while gaining market experience and establish commercial proof of concept for their drug, prior to FDA approval. Both streams of activity – FDA approval and NPP sales – represent important value streams for investors over the next few years, with plenty of milestone-related announcements expected, especially during the second half of 2017.