CDY is an early stage company and historical trading activity is not indicative of future share price performances. Investors considering CDY should not base investment decisions on this data alone. It should also be borne in mind that the company is an early stage exploration group with no immediate production profile.

Pacific Edge is a listed diagnostic company based in New Zealand which has been using CDY’s midkine in their CxBladder test for the diagnosis, prognosis and disease management of bladder cancer since 2010.

Over that period CDY has received total revenues of $1.2 million, including the $92,000 in royalties due to be received for the six months to September 30, 2016.

While this has been a significant income driver for CDY, Pacific Edge’s success in 2016 relating to the provision of the CxBladder test for 10.2 million veterans enrolled in the Veteran’s Administration, as well as for military personnel at 150 US Department of Defence facilities will deliver substantial revenue growth in the future.

In addition to this development, Pacific Edge became Approved Provider to Tricare Health Plan networks in the US, which provide health care to 9.4 million beneficiaries of the US Military Health system.

This occurred in October, indicating the associated upside in income will be more apparent in the first half of calendar year 2017. Furthermore, a full year’s contribution from both initiatives in fiscal 2018 should have a positive impact on CDY’s financial performance in that year

Expanded use of CxBladder is an important long-term revenue driver

Further to these developments, CxBladder monitor has been adopted as a replacement for cystoscopy for low-risk patients monitored for recurrence of bladder cancer by the Waitemata District Health Board.

The fact that clinical results of the same test were accepted for publication in the American Journal of Urology this month suggests CDY may be able to increase its market coverage, thereby growing revenues from this product.

Looking specifically at this development, CDY’s chief executive Maria Halasz said, “Monitoring patients with bladder cancer is one of the most significant market opportunities for Pacific Edge as its non-invasive CxBladder represents a clear improvement in patient care”.

Given many patients have up to 24 visits to their urologist over a five-year period with some requiring lifelong monitoring there is the prospect of extensive growth in product usage, particularly given the fact that urologists will favour products offering high-quality performance data.

As more performance data emerges from clinical collaborations, Halasz expects a broadening use of CxBladder tests. 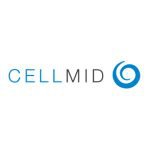