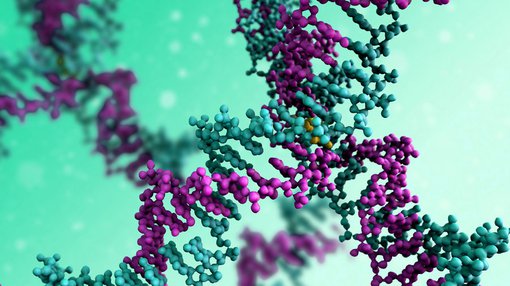 As Noxopharm (ASX:NOX) prepares to embark on clinical trials in relation to its NOX66 product, the group has appointed three prominent medical consultants to assist in shaping the program and providing hands-on experience in the course of the trials.

While one Professor and two Associate Professors have been appointed, it is important to note that these medical advisors are more than mere academics, having substantial practical experience in their fields which are relevant to the trials being undertaken.

As NOX’s Chief Executive, Doctor Graham Kelly, explained “We wanted advisors who will be active participants in the development of NOX66, including running some of our clinical studies, and not just advising from a distance”.

Kelly stressed that the proposed program of five clinical studies is a considerable undertaking that will require the backing of an experienced advisory panel comprising Australian medical oncologists and radiation oncologists, most of whom will be active participants in the clinical program.

Past experience with Noxopharm should prove beneficial

Professor Paul de Souza holds the foundation chair in Medical Oncology, School of Medicine, Western Sydney University. He will advise NOX on both its clinical trial and drug development strategies, as well as chairing the company’s medical advisory panel.

His experience will be invaluable given he has been involved with the company’s core technologies, having conducted the first phase 1B clinical study of idronoxil as well as a number of laboratory studies.

Associate Professors, Thomas Eade and George Hruby have been appointed as radiation oncology consultants. Both hold senior staff positions at Royal North Shore Hospital in Sydney, and have clinical academic positions in the Faculty of Medicine at the University of Sydney.

An intimate understanding of these areas of medicine will be crucial as the group pursues the development of NOX66 as an adjunct therapy for both chemotherapy and radiotherapy, particularly with a view to sensitising cancer cells to the extent that low dosages of chemotherapy or radiotherapy will be sufficient to produce meaningful clinical responses when no response would be anticipated.

Where is NOX66 heading

As a backdrop, the program is designed to test NOX66 across a range of cancer types and under differing treatment regimens with the objective of providing timely proof of concept and guidance for registration studies.

NOX is still in the early stages of its program and thus investors should seek professional financial advice if considering this stock for their portfolio.

The cancers being tested involve prostate, breast, ovary, lung and head and neck carcinomas. Proof of concept clinical data is expected to be forthcoming in the next 12 months.

The studies involve patients with late stage cancers for whom there are no remaining standard therapeutic options, are open studies, and involve between 10 and 15 patients.

From a broader perspective, NOX has a primary focus on the development of drugs to address the problem of drug resistance in cancer cells, a major hurdle facing improved survival prospects for cancer patients.

Looking specifically at NOX66, it is an innovative dosage formulation of the experimental anti-cancer drug, idronoxil, developed to protect idronoxil from being inactivated in the human body by Phase 2 metabolism.

The purpose of NOX66 is to ensure that most idronoxil administered remains in an active form allowing it to work by cancelling pro-survival mechanisms in cancer cells regulated by sphingosine-1 phosphate that allow the cells to resist the killing effects of chemotherapies and radiotherapy.

Today’s news has been well received with NOX’s shares hitting a high of 50 cents in morning trading, representing an increase of 14% compared with yesterday’s closing price of 44 cents.

NOX doubles down in fight against cancer therapy resistance