Noxopharm (ASX:NOX) released a brief on Wednesday morning confirming its inaugural clinical study of experimental anti-cancer product, NOX66 is on schedule to open in December 2016.

This upcoming study had been flagged and as such is unlikely to be seen as market moving news, however of importance is the fact that receipt of approval has allowed NOX to release details of the study.

Management highlighted that the main purpose of the study was to test the safety and clinical benefits of using NOX66 in conjunction with carboplatin therapy in patients with late stage solid cancers.

To provide some background, NOX is primarily focused on the development of drugs to address the problem of drug resistance in cancer cells and its NOX66 product is the first to enter the trial stage with later generation drug candidates under development in a research and development program.

In essence, NOX66 is an innovative dosage formulation of the experimental anti-cancer drug idronoxil, developed specifically to protect idronoxil from being inactivated in the human body by Phase 2 metabolism.

NOX will be looking to prove that its product will enable drug-resistant cancers to respond to carboplatin in a meaningful and well-tolerated way. The universe of patients trialling the drug will be those who have exhausted all standard treatment options so that any further response to carboplatin normally wouldn’t be anticipated.

The next 12 months promises to be an exciting period for NOX as a number of its milestones are completed. These include the following:

Applications across a broad range of cancers

NOX can potentially cover a broad spectrum of cancers because it is used in conjunction with the carboplatin therapy, and patients will include those suffering from breast, lung, ovary, prostate, head and neck cancers.

One of the key factors that will be under scrutiny in the course of the study is whether a meaningful response can be gained by using a lower than normal dosage of carboplatin.

The challenge facing the medical fraternity at present is the fact that traditional chemotherapy treatment kills both cancer and healthy cells.

NOX Chief Executive, Doctor Graham Kelly summed up the end game in saying, “The aim is to boost the killing effect of chemotherapy on cancer cells without having any effect on healthy cells, and to do this with the dosage of a chemotherapy drug such as carboplatin that should not cause any side-effects”.

Importantly though, the study has an adaptive design meaning that in the event of significant tumour responses after either the low or standard carboplatin dose, the study can be expanded immediately into a Phase 2a arm through the recruitment of a further 20 patients.

Such a development would be a game changer for NOX. The other factor to bear in mind is that the study is being conducted in Georgia because of the anticipated speed of patient recruitment, backed up by a high standard of healthcare and FDA audited clinical trial sites. 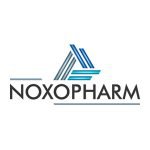