The fight against cancer has led to a potentially new treatment for acute myeloid leukaemia (AML) sufferers. AML is one of the most difficult cancers to treat, and currently has one of the lowest survival rates amongst patients.

Although AML affects only around 0.006% of people (1 in 15,000), the people it does affect, usually cannot find adequate treatments including in some cases chemotherapy.

One of the disappointing aspects for patients, is that treatment of AML has essentially not changed in over 30 years. In the US, there are around 20,000 new cases of AML each year, and around 10,000 deaths caused by AML.

Very similar types of chemo drugs are used today as they were in the 1980s and that gap in development has meant chemotherapy has not improved for AML sufferers over the past three decades.

A recent research report published by Independent Investment Research, says that AML sufferers in particular may have new hope in the fight against cancer. 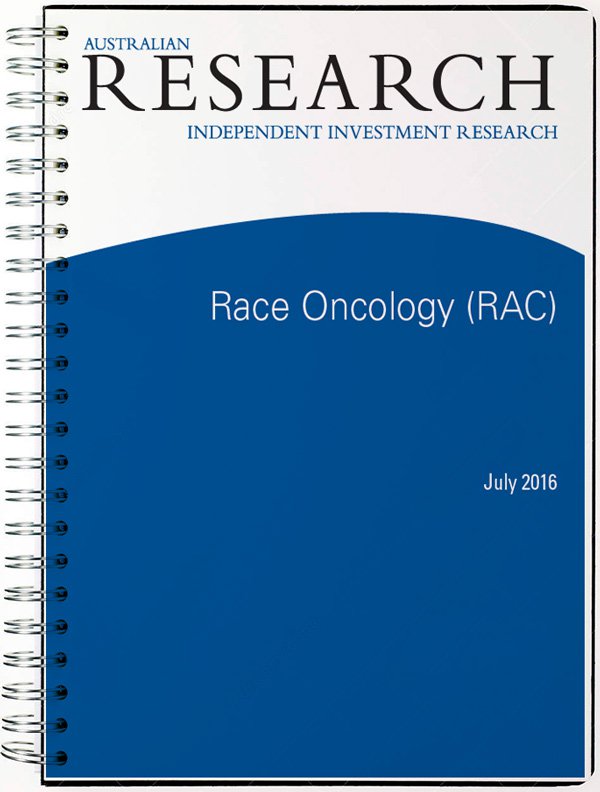 Race Oncology (ASX:RAC) is developing a previously approved drug called Bisantrene, which it hopes can be redeveloped to treat AML patients, in both near-term (via a Named Patient Program) and the long-term (via FDA Stage 3 approval).

Having recently listed on the ASX and raising $4.3 million, RAC is a “specialty” pharmaceutical company with a strategy of discovering new applications for old drugs.

It is a new company and should therefore be approached with caution if considering an investment in this stock.

The basis for listing on the ASX was to attract investors and speed-up the pathway to commercial sales, now forecast for as early as 2017/2018. Bisantrene has been tested on over 2000 patients as part of 44 clinical studies back in the 1980s. The aggregated results indicated a 50% response rate amongst patients that have failed to respond to chemotherapy.

In the report, the authors note that, “Bisantrene’s path to a US launch is relatively straightforward”, which could potentially mean marketing the drug in the US sometime in 2020/2021 after Phase III FDA approval. If RAC completes the necessary development of Bisantrene and obtains FDA approval, RAC will potentially generate US$300-400 million in annual sales.

Closer in, RAC is aiming to generate initial sales of around US$30-40 million as part of an opt-in program to ‘salvage’ patients that have literally no hope left. This portion of RAC’s plan will take place in Europe where some countries allow the early sales of unapproved pharmaceuticals.

In mid-2013, two of RAC’s Senior Management figures, Bill Garner and John Rothman obtained new patents for Bisantrene, and have been searching for a way to progress it to market.

RAC plans to markedly improve the solubility of Bisantrene, and make it easier to administer without associated toxic effects. According to the IIR report, “RAC will be working through the second half of 2016 to reformulate Bisantrene”.

The next step for RAC is to file an Investigational New Drug application (IND) with the FDA and develop Bisantrene via the 505(b)(2) route.

This means that the FDA will allow RAC to pick up development where it was last stopped by Lederle in the 1990s, rather than having to reconstitute new data.

Meanwhile, across the pond in Europe, RAC is collating the necessary information to apply for the Named Patient Program (NPP). The NPP is a potential avenue for selling orphan drugs like Bisantrene directly to patients, without approval from any clinical authorities. The countries currently signed on to NPP are France, Italy, Finland and Turkey. 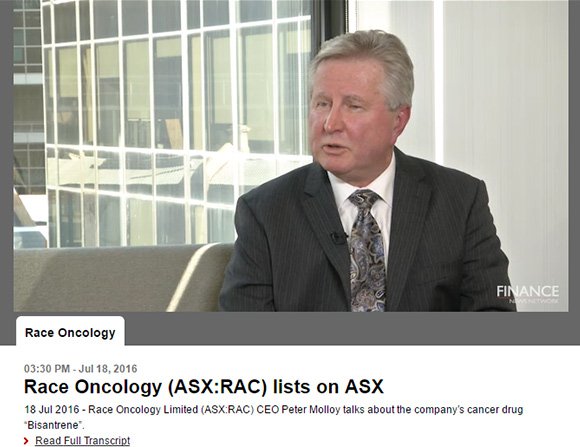 Given RAC’s dual-pronged market strategy, the IIR report forecasts a mid-long term target price of $0.45 share — equating to a 67% increase from the current price of $0.27.

For a full copy of the 17 page IIR report on RAC, click here.