Perth-based medtech junior, Neurotech International (ASX:NTI), has developed a neurofeedback device that helps children with autistic spectrum disorders (ASD) to focus and positively engage with the world around them.

Autism, or ASD, is a developmental disorder that affects around 1 in 160 people worldwide — or, more than 40 million people across the globe. Autism can present in a variety of ways and impact areas such as balance, behaviour, social skills and the ability to communicate.

An independent report estimated the annual economic cost of ASD of between A$8.10 billion and A$11.26 billion in 2011, in Australia alone, highlighting a critical need for new treatments and solutions.

Neurotech’s tool, which is called Mente Autism, is the first and only regulated medical device for the management of ASD in a home setting.

NTI’s Mente Autism device was profiled by 9News this week: 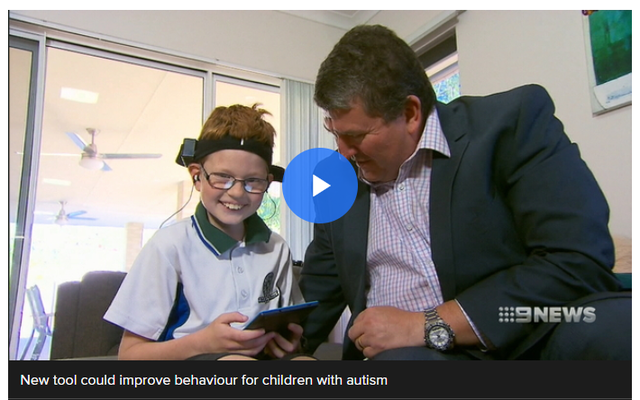 Mente Autism helps relax the minds of children on the autism spectrum, and comes in the form of a headband worn for 40 minutes each morning.

Taking into account the unique brainwave signature of children with autism, Mente’s proprietary technology creates a personalised neurofeedback therapy that is specific to the user.

It connects to an app and analyses brainwaves in real time, creating tailor-made auditory stimulation that is played through earphones, which has the effect of regulating certain brainwaves that are commonly associated with autism. 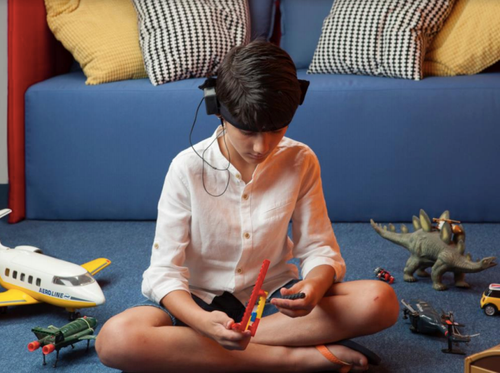 The result is improved communication skills and social interaction, heightened focus and relaxation. 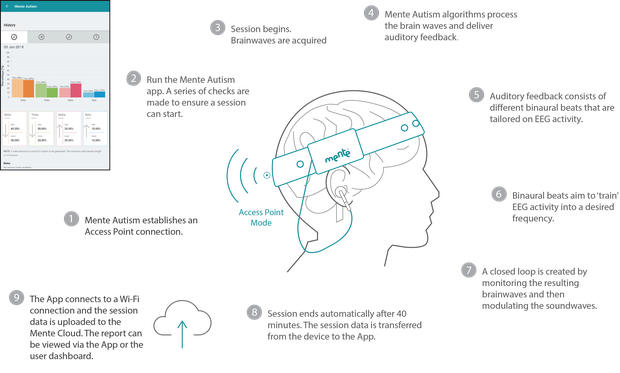 Each child will hear different sounds when they use the device, but positive effects are typically seen after four to eight weeks of 40 minute daily sessions, with the technology recommended for children aged between three to 12 years.

The data is uploaded to the Mente Cloud server, which generates a report measuring the session's progress and the information can be viewed online or within the app.

A clinical US trial testing the efficacy of the Mente Autism device has produced significant positive changes for children with ASD. The full results were published by medical journal, Frontiers in Neurology.

The study was administered by the Carrick Institute, and was a randomised-controlled, double-blind investigation that compared Mente Autism with a control (or sham) device over a 12-week period.

The Carrick Institute recruited 83 participants, after determining that at least 32 participants were required and allowing for a reasonable level of drop-outs. At the trial’s conclusion, 34 participants (17 active, 17 control/placebo) remained, ranging in age from five to 17 years old.

Notably, while some subjects were ultimately not included (for example, due to inability or unwillingness to return for the post-trial evaluations), there were no drop-outs due to problems of tolerance with the Mente device or treatment.

Researchers saw a range of positive results, including improvement in social skills and communication, as well as improved balance.

“When we first designed the study, Mente Autism was of interest as it is a novel tool that takes clinical neurofeedback, an established non-invasive biofeedback approach for the treatment of autism, and makes this really accessible as a treatment option for parents of children with autism,” said Dr Frederick Carrick, principal investigator for the US clinical trial and Professor in Neurology at Cambridge University.

Carrick highlighted the positive feedback and gratitude received from parents in the study’s active group, who noticed improvements in communication and social skills in their children.

Carrick appeared on 6PR radio in Perth earlier this week to discuss how the Mente Autism headband works, as well as its implications:

Neurotech recently completed the first shipments of an improved version of the Mente Autism device, now in its third iteration. The company is also looking to obtain US FDA clearance for the device, with the US clinical trial providing compelling evidence to accompany submission.

Given the limitations of traditional neurofeedback, including considerable cost, time and effort from parents and their children to attend sessions in clinical environments, the positive outcomes of the US clinical study — alongside an expanding stockpile of positive testimonials for parents — suggest that Mente Autism is uniquely placed as a home-based neurofeedback tool.