Legalisation and acceptance of medical cannabis as a cure or therapy for certain clinical ailments is gaining global traction.

As cities across the globe act to industrialise medical cannabis, several companies have begun to position themselves as first movers in product development and distribution.

MMJ Phytotech (ASX:MMJ) is one such company establishing itself in this space.

MMJ is developing quickly and has identified key priorities moving forward, one is to leverage its offshore operations in Australia by importing CBD capsules from Switzerland which are similar to those currently selling in Europe. 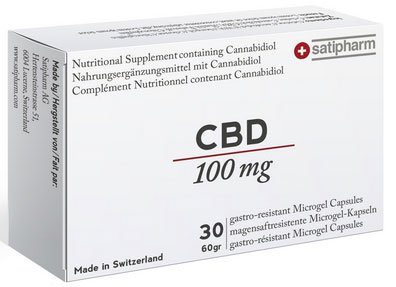 “If our application is approved, this will mean that our CBD capsules will be available to Australian consumers within weeks of approval.”

In the meantime, MMJ is investigating potential partnerships with farmers, horticulturalists and Australian growing facilities in which complementary assets could create mutual benefits and an early foothold in the Australian market.

Gideon went on to tell Market Eye that “beyond growing partners, we are also exploring relationships with pharmaceutical processors, compounding pharmacies with established distribution channels and patient advocacy groups in order to enter the Australian market with maximum momentum.”

Offshore, MMJ recently received encouraging news with regard to the progression of the application for the licensing of its Lucky Lake facility in Saskatchewan.

The license approval process has now progressed to its next stage.

MMJ’s wholly owned Canadian subsidiary, United Greeneries owns the parcel of land on which Lucky Lake stands and it will be used to accommodate large greenhouse structures, which would be instrumental for the extraction of high-grade cannabis.

Lucky Lake can boost MMJ’s production capacity of dried cannabis flowers by up to 12,000kg per annum.

Once licensed, Lucky Lake will be integrated with the Duncan facility to expand its production by more than 1000%.

The Lucky Lake move comes shortly after the Canadian Federal Court passed legislation, known as the Allard Ruling, to amend or replace the current Marijuana for Medical Purposes Regulations (MMPR), which limits medical cannabis access and prohibits personal cultivation for patients with a prescription.

This ruling and the impending integration of facilities could position MMJ as one of the largest licensed producers in Canada.

The Lucky Lake application is at advanced stage and MMJ is now awaiting the examination of the proposed health, safety and security measures.

As a vertically integrated operator, MMJ believes it has first mover advantage in the industry with the ability to produce pharmaceutical-grade products that medical professionals can prescribe.

MMJ’s farm-to-pharma strategy allows it to protect its IP, whilst influencing each link in the value chain, including capturing the pharmaceutical grade product market.

Dr Daphna Heffetz, CEO of Phytotech Ltd told Market Eye, “we have successfully completed Phase 1 clinical trials for both the PNL THC:CBD as well as the CBD 10mg and 100mg GelPell capsules, which returned superior results to peer products and paves the way to conduct Phase 2 studies for various clinical indications.”

Phase two trials will began in the second half of 2016, with Phase 3 studies beginning in the back half of 2017. Once completed the products tested should have the necessary approvals to be prescribed by doctors.

Looking forward, MMJ will continue its Phase 2 trials with a focus on spasticity, pain and MS and the Company will also begin importation of its existing Satipharm products into Australia.

The Company will also be bringing its Duncan Facility online.

Finally, MMJ’s Canadian operations will pave the way for the manufacture and sale of product into Australia.