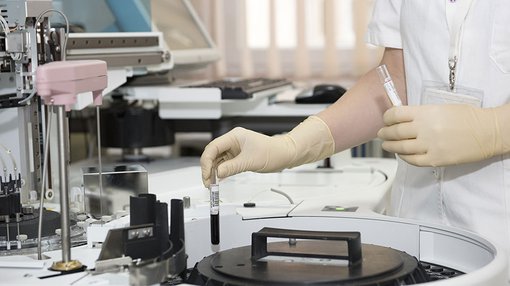 ASX-listed biotech player MMJ PhytoTech (ASX:MMJ) is aiming to kick off clinical trials of its cannabinoid oral capsule to help stave off the effects of multiple sclerosis (MS) – and says results from the trial could be received as early as the first quarter 2016.

The vertically integrated biotech company told the market this morning that its efforts to gain regulatory approval for clinical trials for its pill in Israel had paid off, with the company’s Israeli subsidiary now able to conduct testing.

It is hoping the pill, which is under development in Israel, will help relieve pain and spasticity related to MS.

It grows cannabis plants in Canada, with the main aim to extract the vital medicinal ingredients of the plant.

This will aid the company in becoming a pharmaceutical developer and distributor of cannabinoid “Active Pharmaceutical Ingredients” (APIs), which are highly valuable and for cannabinoid (CBD), can be traded at prices upwards of $350,000 per kilogram.

The newly minted company’s United Greeneries offshoot is expecting regulatory approval in Canada to start producing up to 700kg of medical cannabis in the fourth quarter for its Duncan Facility.

It also has a second project in the works in Canada, which could bring production up to 12,000kg per year.

United Greeneries is fully integrated with a state-of-the-art biochemical quality testing and analytics laboratory at its disposal. This is vital, as while it’s a requirement under Canadian law, not a lot of growers have this at their disposal.

It derives compounds such as cannabidiol from cannabis at its Swiss subsidiary Satipharm, which is focused on the delivery of both diet supplement pills made from synthesised materials and the delivery of those materials at commercial quantities.

It told the market last month that it would start to sell a minimum of 30,000 capsules each per month, and this amount would increase to 135,000 per month.

If you don’t know what any of those things are, don’t worry – you’re not alone.

All you need to know is that the ingredients are used in research, product development, and processing by other companies and there’s a shortage of bulk amounts of these ingredients in pharmaceutical grade quality.

These ingredients can also go for as high as $350,000 per kg, and in some cases MMJ Phytotech is producing up to 20kg per month of these ingredients.

In Israel, subsidiary PhytoTech Therapeutics has been focused on the development of medical products using cannabidiol and other products derived from cannabis.

The receipt for approvals for its phase one trial is undoubtedly a boon for the company, which also recently conducted temperature stability trials for its product.

It found that the product have a long shelf life when stored at room temperature, increasing its commercial viability in its current form, as it reduces the costs of shipping and storage.

Meanwhile, in order to get up to commercial speed as soon as possible, MMJ told investors that it was in discussions to obtain commercial quantities of key ingredients and it was also talking to “one of the leading GMP manufacturers worldwide” for supply of soft gelatin capsules.

The news comes off the back of a recently completed merger between MMJ and PhytoTech, an oversubscribed placement of $4.8 million and the resignation of Boaz Wachtel, executive director and head of international business development.

Managing director Andreas Gedeon has also been promoted as part of a board re-shuffle, taking on the CEO role for the merged group.