Shares in Elixinol Global Ltd (ASX:EXL; OTCQX:ELLXF) have surged in February after the company announced outstanding year-on-year revenue growth for both the December quarter and calendar year 2018.

Elixinol is a manufacturer and global distributor of hemp dietary supplement and skincare products, with operations based out of Colorado, US.

Elixinol Global has an international presence in the cannabis industry including hemp-derived CBD dietary supplements, hemp food and wellness products, as well as cultivation and manufacture of medicinal cannabis products.

While many stocks in the cannabis sector have run hard in the last 12 months, the recent performance of Elixinol comes on the back of the strong financial performance we just referred to as well as some important operational developments within the group.

From a financial perspective, is also worth noting that the company had $42.9 million in cash and only $250,000 in debt, as at December 31, 2018, providing the company with a strong platform for its expansionary plans.

Such is the growing interest in the stock that the company’s shares increased 15% on Thursday and Friday of last week, with Friday’s surge supported by all-time record trading volumes.

Analysts note changing landscape in the US

Elixinol is also being assisted by industry changing reforms in the US.

While much has been documented about the increasing global acceptance of medicinal cannabis use, analysts at Bell Potter recently highlighted the structural changes occurring in the US saying, “The category has continued to experience explosive revenue growth which we now believe will further accelerate with the passing of the 2018 Farm Bill in the US.

“The Bill reclassifies industrial hemp off the controlled substances act and the growing of hemp will now be regulated by the US Department of Agriculture.

“In our view this is another important step toward industrial hemp products becoming mainstream in the US.

“Recently, the FDA approved the first medicinal cannabis product in the US for the treatment of epilepsy in children.

“In our view this event is likely to have a flow on effect for other market participants including for the over the counter hemp CBD products marketed by Elixinol US.” 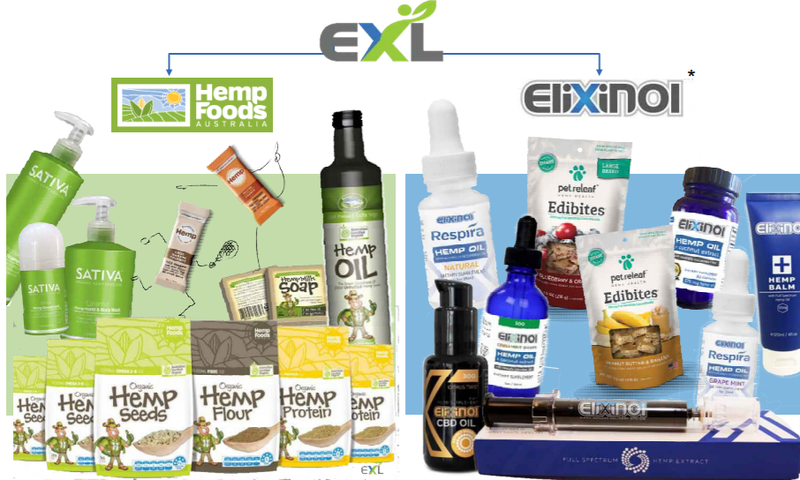 The Australian operations of the group include Hemp Foods Australia, a company focused on the development of the market for Hemp Foods.

Elixinol’s recently acquired a property in the Northern Rivers district of NSW to establish its Australian medical cannabis cultivation and manufacturing facility appeared to be a key driver behind the surge in its share price.

Elixinol is led by Chief Executive Paul Benhaim who is the co-founder of both Elixinol US and Health Foods Australia.

Following the most recent capital raising he retains a 62% shareholding, aligning his interests strongly with his fellow shareholders.

Benhaim is an expert in the field of industrial hemp and medicinal cannabis following more than two decades of experience in the sector in Australia, the US and Europe.

Consequently, with highly experienced and committed management, establish revenues, a strong growth profile and broadening industry opportunities emerging as regulatory changes are executed, Elixinol is poised to benefit from its position as a vertically integrated business.