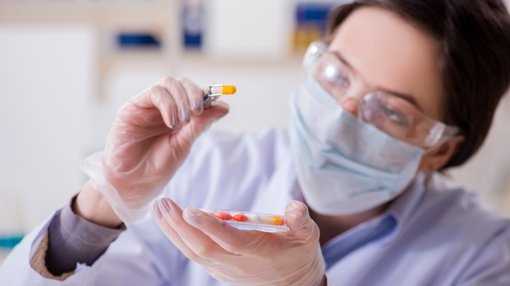 PharmAust is a clinical-stage oncology company, and this contract will see Epichem continue to provide synthetic and medicinal chemistry expertise to support DNDi’s drug discovery projects aimed at developing new treatments for neglected diseases, until 31 December, 2020.

Epichem has been delivering products and services in synthetic and medicinal chemistry to the global drug discovery and pharmaceutical industries in over 40 countries worldwide for more than 16 years.

The subsidiary has newly constructed purpose-built, state-of-the-art laboratories and has world class equipment and expertise in synthetic and medicinal chemistry to support drug discovery projects, and for the cost-effective synthesis of drug analogue libraries and intermediates.

The group also has a rapidly growing catalogue of pharmaceutical reference standards.

Epichem’s progress and increasingly prominent profile was recognised in 2019 when it won the WA Industry Export Award 2019 for International Health.

The contract extension is expected to generate up to $1.24 million in revenues for Epichem during 2020.

PharmAust previously advised that Epichem’s budgeted revenues for fiscal 2020 were $4.2 million subject to the continuation of existing contracts.

Following on from UNITY Biotechnology Inc. ending its contract with Epichem due to funding issues at Unity (advised yesterday) and DNDi extending its contact by an additional year, the net result is that Epichem’s projected revenue forecast for fiscal 2020 is now $3.34 million.

This boost in revenues could provide some share price support following yesterday’s decline on the back of the Unity related news.

Notwithstanding this recent retracement, it should be noted that shares in PharmAust have increased more than 170% over the last 12 months, and the September high of 16 cents represented a near five-fold increase in 2019.

There is the potential for further share price accretion in 2020 as the company continues phase II trials with its lead drug candidate monepantel (MPL), a novel, potent and safe inhibitor of the mTOR pathway, a key driver of cancer.

PharmAust will continue Phase 2 Monepantel trials in 2020, having commenced them last year.

Commenting on the contract extension and underlining the long established relationship with DNDi, Epichem’s chief executive Mr Colin La Galia said, “We are delighted the contract with DNDi has been renewed and excited by what we can achieve together in partnership to deliver the expected outcomes with our dedicated team of chemists.

‘’This will mark our twelfth year with DNDi supporting their important work and we look forward to continuing our long-standing relationship with them.”

PharmAust’s chairman Dr Roger Aston said, “It is tremendous that Epichem has secured a further extension to this work with such a leading research and development organisation as DNDi.”