Only days since its last update regarding Canada’s legalisation of recreational marijuana, Creso Pharma (ASX:CPH) has this morning updated the market with a number of encouraging developments relating to CLV Frontier Brands — a joint venture between CPH, LGC Capital (TSXV:LG) and UK-based Baltic Beer Company.

CLV is preparing to launch an innovative selection of terpene-infused craft beers under a new brand called Old Boy Mary Jane (OBMJ), as well a range of adult soft drinks under the brand Gypsy.

CLV’s state-of-the-art R&D brewery facility in Tallinn, Estonia, is now complete, and is being fully utilised to research and develop the aforementioned range of beers and soft drinks. Once market ready, CLV has agreements in place with brewing and bottling partners to produce these products.

It should be noted that CPH is in its early stages and investors should seek professional financial advice if considering this stock for their portfolio.

The brewing facility at work: 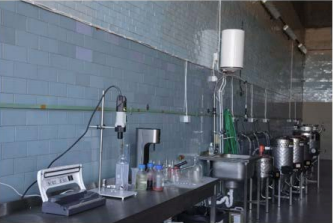 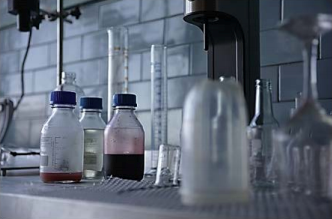 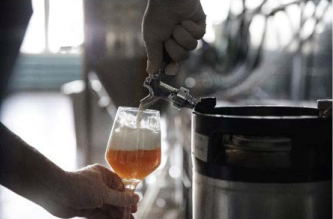 The first two beers — OBMJ Ghost Bog Hazy IPA and OBMJ Improper Kölsch — are currently fermenting at the facilities of CLV’s brewing partner. These will be packed and ready for shipments during July, with updates on a firm release date expected shortly.

The labels for these new beer ranges:

Both OBMJ Ghost Bog Hazy IPA and OBMJ Improper Kölsch will contain unique terpene blends. These carry the flavour and aroma of cannabis, but are not derived from marijuana, and contain no THC, CBD or other cannabinoids.

Marketed with the tag-line, ‘Beer with substance’, the initial geographic focus for these bottled beers will be the UK, followed by other European and global markets. Discussions have already kicked off and are advanced in Canada. Negotiations are also in progress with distributors in Australia, Israel and a number of other key markets.

On top of this, a range of adult soft drinks called Gypsy are now in the final stage of development. The first range will comprise a selection of juice-based terpene-blended drinks. Recipe testing production is due to start by the end of June — not long from now.

The upcoming launch of www.gypsydrinks.com will be the starting point for a social media campaign which will promote Gypsy Sparkling Water, Gypsy Adult Soft Drink and Gypsy Tonic Water — all of which are due to be launched in the very near future.

The JV is keeping official branding confidential at this stage in the game, but will release the finer details just prior to commercial launch.

Testing of the Gypsy range of soft drinks: 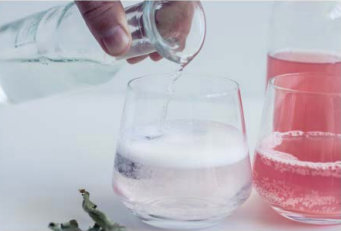 Baltic Beer Company Director, Paul Baxendale, is planning the sales and operational strategies for Old Boy Mary Jane beers and the Gypsy drinks in the UK.

The portfolio launch kicks off in September at the Boutique Bar Show in London, with a wider European launch planned for October at the Anuga Exhibition in Cologne, Germany.

CLV will have broad commercialisation reach across multiple continents and plans to make full use of the expansive networks of all three companies for marketing and distribution (in compliance with all local and international laws).

Further to this, trademark applications for Old Boy Mary Jane beers and the Gypsy range have been submitted in several markets following intensive research, and applications are progressing well.

Creso co-founder and CEO, Dr Miri Halperin Wernli, commented: “We are very excited about the imminent launch of these unique creative products infused with natural organic terpene blends that bring unusual and exciting flavours and aromas.

“We see a lot of potential value in this growing market and anticipate a successful initial portfolio launch in Europe. Through the vast geographic reach of the three parties in this venture, we can look forward to opportunities for this innovative new range of drinks to be produced and sold globally.”

Paul Baxendale, Baltic Beer Company Managing Director and Sales and Marketing Director, said: “This is an exciting new direction for the drinks industry. Terpenes can provide whole new layers of natural flavours that you cannot get from traditional ingredients alone. The growth of craft beers shows that consumers are not afraid to try something different and we aim to offer an intriguing dimension to both beers and non-alcoholic drinks.”

John McMullen, LGC Capital CEO, added: “After a successful product testing meeting at CLV’s offices in Tallinn, Estonia, I believe this is another great leap forward for LGC Capital and our partners Creso and the Baltic Beer Company.

“The global beverage market has been expanding rapidly into the craft beverage lines. With highly individualised and independent young adults demanding a high-end selection of beverages to choose from, CLV caters to this growing market and provides a connection with flavours and experiences that the global consumer can fully enjoy.