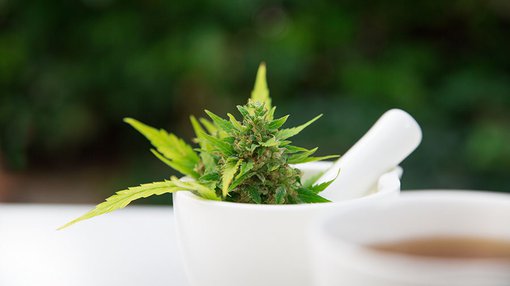 ASX pot-stock, Creso Pharma (ASX:CPH), has provided the market with a number of encouraging updates, reporting strong progress with construction of its medicinal cannabis production facility in Nova Scotia, Canada.

Building at the site is progressing steadily, with site works such as the formation of roads and driveways and land excavation now complete. Site services have also been installed, including water, sewer, drainage and power. The internal construction schedule has also begun with the final optimal floor-and-flow design for cannabis production, storage, extraction and distribution.

Of course, it should be noted here that Creso is still in its early stages and anything can happen, so investors should seek professional financial advice if considering this stock for their portfolio.

Once completed, the facility is expected to produce 2,000 to 4,000 kilograms of cannabis per year. CPH and Mernova have also agreed to exercise the right of first refusal option on the adjoining land parcel to allow Mernova to expand the facility to up to 200,000 square feet.

As a result, the current facility will be built in a way that is scalable and can grow with demand. The facility will also be operated to Good Agricultural and Collection Practices and Good Pharmaceutical Practice standards, ensuring CPH can expand its research and development capabilities. 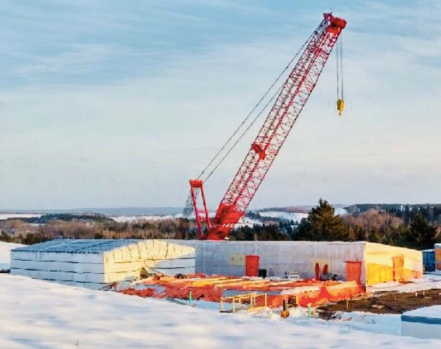 Construction of the medicinal cannabis production facility at the Mernova site in Nova Scotia, Canada

Alongside this solid construction progress, Mernova is proactively working with Canadian federal and provincial governments to optimally position its branding, packaging and marketing initiatives to support the anticipated guidelines.

CPH also plans to build a state-of-the-art extraction facility that is fully GMP-compliant at the Mernova site. This is an important strategic step for Mernova, ensuring its ability to tap into the burgeoning Canadian market.

CPH co-founder and CEO, Dr Miri Halperin Wernli said: “We are very pleased that construction of the production facility is progressing well, with site works such as the formation of roads and driveways and land excavation now complete as well as the installation of services including water, sewer, drainage and power.

“The Canadian market represents a significant opportunity for Creso and we look forward to completing construction by Q3 2018 which will allow us to capitalise on the huge market opportunity in Canada once recreational cannabis is legalised in addition to medicinal cannabis.”

According to Deloitte Canada, Canada’s recreational cannabis market could be between C$4.9 billion to C$8.7 billion (A$4.98 billion to A$8.84 billion).

Further to this, numerous other industry estimates have also placed the total market size, including ancillary products and services, at more than C$20 billion (A$20.32 billion).

Consider also that, as of September last year, Canada also had 58 licenced medicinal cannabis producers and 235,621 registered patients. Health Canada estimates that Canada will reach 450,000 patients and a market size of some C$1.4 billion (A$1.42 billion) by 2024, although current data is actually exceeding these forecasts.

Mernova has also applied for a medical cannabis cultivation licence under Health Canada’s Access to Cannabis for Medical Purposes (ACMPR). This will provide CPH with a sharp competitive edge, making it one of the few companies globally — and the only ASX-listed medicinal cannabis company — with the capacity to commercially cultivate medicinal-grade cannabis in the federally regulated Canadian environment.

Edri brings expansive industry expertise to this role, which will be invaluable as CPH continues to expand its global operations. Edri was most recently COO at Israel’s largest medicinal cannabis company, The Bazelet Group.

In this new role, he will be responsible for business development initiatives, including growing CPH’s presence in the globally renowned Israeli medicinal cannabis market.

“We are very happy to have appointed a professional of this calibre to the Creso global team. He brings extensive expertise to Creso in the medicinal cannabis industry, covering both strategy and operations. His experience will be invaluable as we continue to expand our global medicinal cannabis footprint as well as the ongoing commercialisation of our human and animal health products,” Halperin Wernli said.