It has been a big week for Creso Pharma (ASX:CPH).

This week the company made three important announcements:

It all started on Monday when wholly-owned Canadian subsidiary Mernova Medicinal Inc., one of a select group of licensed cannabis producers, was awarded Craft Designation by the Ontario Cannabis Store (OCS).

OCS is owned by the Province of Ontario and reports directly to the Ministry of Finance. It is the province’s only retailer and wholesaler of legal recreational cannabis.

This designation is an important in that it will provide Creso Pharma with much broader visibility in a competitive market, while highlighting the superior quality of Mernova’s products as the company continues to achieve strong sales growth across Ontario.

On Wednesday, CPH finalised the development of anibidiol® swine, a hemp flour and oat bran based complementary feed product designed to support stress reduction and well-being with pigs reared indoors and outdoors.

The new product is part of CPH’s strategic portfolio expansion and provides it with an entry point into the livestock market. 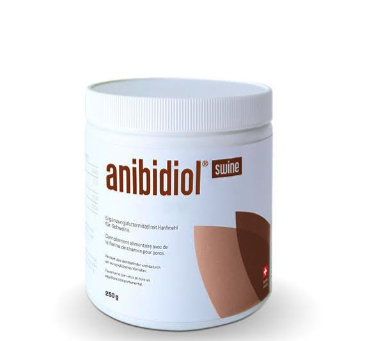 anibidiol® swine was developed to address tail biting in pig herds, which is a common problem and can result in lesions that may decrease the value of the animal at slaughter.

A common cause of tail biting is stressor discomfort, with the action diverting the animal’s attention.

anibidiol® swine is designed to help alleviate that stress.

anibidiol®swine was developed to address the large need expressed by farmers for an effective, natural and plant based complementary feed to support the reduction of stress and swine tail biting,” CPH’s Commercial and Development Director, Dr. Gian Trepp said.

“The development follows considerable work undertaken by the Creso Pharma team and we are very pleased to have this product ready for launch on a global basis. We anticipate that the launch will provide access into another lucrative vertical for the Company and contribute to the Company’s growing revenue streams.”

Strong finish to the week

The company has finished the week strongly.

CPH announced this morning that has signed a non-binding, non-exclusive Letter of Intent (LOI) to progress a commercial agreement with Polvet to market and distribute its animal health products for companion animals and livestock in Poland.

The agreement will expand CPH’s European footprint and marks its first entry into Eastern Europe.

Polish representation could be big for CPH, with the country being one of the largest pet markets in the Central-Eastern European region. The Polish animal health market more broadly is substantial and based on 7.7 million dogs, 6.6 million cats, and 11 million swine.

The initial term of the Polvet agreement is for one year.

“We are very proud to announce this new commercial relationship with Polvet Poland, which has been operating in animal and human health for over a decade, representing a perfect fit for both companies to expand operations into the Polish market,” CEO of Swiss International Operations, Jorge Wernli, said.

“This is a key milestone entry into a growing economy and a first step to strengthen Creso’s presence in Eastern Europe.”