Since kicking off his career in the real estate industry in 1988, Tony Morrison seems to have claimed every award under the sun.

For eight straight years during the 1990s, Morrison took home the Tasmania Multi List Sales Person of the Year trophy (’91-’98), and was named the Professionals Top Sales Person from 1990-1999.

In 2003, his M&M real estate company was recognised as 27th in the BRW Annual Top 100 List of fastest growing companies in Australia. Not shying away from a challenge, he then set out to re-brand and grow Harcourts in Tasmania, taking it to the number one real estate firm in the state.

Now, he’s the new CEO of Harcourts Victoria and he has big growth plans.

Morrison sat down with Finfeed’s Justin Ware to discuss his entry into the real estate industry, what he will bring to Harcourts Victoria and current market conditions. 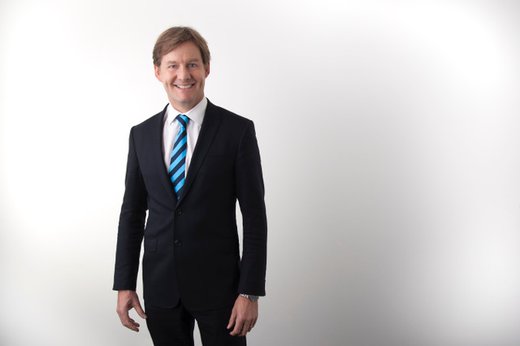 Tony Morrison: Thanks Justin, yeah I’m getting there – this traffic will take some getting used to.

JW: I’m still waiting to get used to it myself, shall we get to it?

JW: Congratulations on being appointed CEO Harcourts Victoria, which builds on your 15 years in the same role for Harcourts Tasmania. How did you get started in the industry?

I've now been in real estate for 30 years going on 31, and the reality is I kind of fell into it.

I didn’t finish school and say to myself, “I’m going to be a real estate agent.” I studied teaching and was in that profession for around seven years before heading over to the UK – as many Australians do.

Ultimately, it was this decision that set me on the path to where I am today. Upon my return from London, I took some time to think about my future: what career could offer me unlimited scope, good earning potential and opportunities to travel again?

My initial breakthrough into Tasmanian real estate was purely as a salesman. For 10 years my role was focused on sales, before I moved into ownership and management. I learned how to sell on the fly. Back then there was no instruction manual. There were no development plans. There was no Internet.

It was like: ‘here's your desk, here's your phone, go sell some houses’.

While my initial motivations were perhaps selfish, I soon grew into the role and began to gain immense satisfaction out of helping others find and buy their dream homes. Being on that journey with others and help drive that has been really fulfilling.

By Victorian standards I sold a truck load of properties, my best year I sold 280 properties, but I had multiple 260 and 270 deal years as well.

JW: That’s impressive, no doubt those numbers are what drew the attention of Harcourts. When did they come into the frame?

TM: You may be onto something there! By the time those 15 or so years came around, I’d honed my skills and developed a successful real estate business.

Harcourts must have been watching with a close eye, because they approached me and asked: ‘do you want to spearhead Harcourts in Tasmania?’

However, the scope for future opportunities and expansion was really alluring to me, so I accepted their offer.

I’m so thankful I made that decision. Harcourts taught me the value of training, system and technology, which at the time as an independent vendor I didn’t fully appreciate.

Harcourts is now the number one real estate firm in Tasmania. My team grew the brand to the point that we now have a 25% market share in the state! One in four houses we sell – sometimes it's even one in three.

JW: That’s amazing – how do you plan to transfer that success to the Victorian market?

TM: Good question. In my 30 years in Tasmania, probably only three years, maybe four at the most, were a seller's market.

It's always been a pretty depressed and flat market, but that’s not a bad thing.

Operating in a tough market is all I’ve ever known – a lot of real estate agents have only operated in high demand regions and don’t really know what it’s like to have to work for a sale.

In a regional environment like Tasmania, average is not good enough. You have to be at the top of your game to get the results.

I know the market in Victoria is now pulling back. I’ve got a lot of people underneath me who are nervous, but I think it’s fantastic. I am built for this. I may not be a standout in a booming market, but in a tough market I know how to produce consistent results.

So for me, instilling that confidence in our agents across Victoria and developing fresh methodology for the changing market conditions is something I am looking forward to.

JW: You mention the market pulling back: according to the Foreign Investment Review Board, offshore buyers own just $5.1 billion worth of property in the Victorian residential market in the past financial year. The year before that it was $11 billion, and two years prior it was some $28 billion. Do you think this is largely responsible for the recent downturn or do you think there are other factors in play as well?

TM: Good question. I think it's certainly part of the reason. There's no doubt about that.

In saying that however, the market does go in cycles. It can't always boom. Some of it is to do with that, but some of it could be down to other factors like low wage growth etc. it’s tough to pinpoint it on one particular cause.

The Victorian market in particular has had some very strong years, so it’s hard to expect it to maintain the same levels of growth year on year on year. At some point something has to give.

I don’t view the recent trends as anything negative – I think in the past foreign investors were just so cashed up that local buyers had no chance to get into the market. A lot of people were missing out at auctions and the like. I think the recent downturn presents a great opportunity for local buyers to get in and that’s always a positive.

JW: A real conundrum for a lot of people is deciding whether to rebuild or sell. In your experience, which strategy would you favour and why?

TM: I am asked this a lot and unfortunately there’s no clear answer.

Like anything else, there's positives and negatives for either. I’m not fully across the building costs in Victoria yet, but the cost to build in Tasmania is astronomical. Maybe that’s because a lot of the materials have to be imported from the mainland or a far smaller pool of reputable builders are available versus somewhere like Melbourne, but building is a very expensive exercise in Tasmania.

The other thing about building a house is unless you’ve built two or three times (like I have), it’s likely that your first build won’t be quite right. The second house will be better and then by the time you get to the third or fourth build, you’ve worked out all the kinks (what you really need and what you don’t need).

Then when it comes to selling a house... it’s just expensive! Land tax, stamp duty, capital gains (if applicable). It’s a lot.

Obviously it would be remiss of me to suggest real estate agents don’t play a role in the fees, but there hasn't been an increase in the standard real estate cost for years.

It all comes down to each situation in isolation, and really it’s a case-by-case thing.

JW: State Treasurer Tim Pallas recently announced that up to fifty thousand new homes will be built within four years across the outskirts of Melbourne, in an effort to keep ‘house and land packages affordable’. Do you think this actually creates the desired outcome?

TM: I’m not convinced that this will achieve the desired outcome, especially when many of these areas have no existing infrastructure or public transport. Sure, in theory these new suburbs will be affordable, but when you’re getting close to 40km-50km from the CBD and the new zones lack soul and identity, who really wants to live in those areas?

Lifestyle is a huge factor here, and sometimes I think the government forgets that. You may be prepared to travel over an hour each way to work – but is that really the lifestyle you want?

If these new suburbs demonstrate strong urban planning and create adequate amenities and infrastructure, then it could be a success. But without that framework in place, I’m not so sure.

JW: You mention lifestyle, and rightfully so. A lot of first home buyers are looking at Geelong, Ballarat and Bendigo as opportune entry points because they believe these areas will continue to grow as people look to get away from the urban sprawl – do you think these cities present a good opportunity for long term capital growth?

TM: Absolutely. Prices in Melbourne have just gotten out of control. People are having to live further and further away from the city, the commute is a grind, it’s not great.

All of those places, Geelong in particular, offer pretty much everything that Melbourne does. I think these areas will do quite well in the future, especially if the government begins to generate job creation and incentivise people to move away from Melbourne. That trio is a solid investment option.

JW: What other advice would you have for younger people looking to enter the market?

TM: Nothing that hasn’t already been said: remain patient and temper your expectations.

Unfortunately the larger cities are out of reach for a lot of people, but like we’ve touched on, those significant regional centres are quite affordable and offer some decent upside.

The other thing I’d caution against is waiting out for a housing market collapse, my mentality is to get in whenever you can. If you have to work together with your parents or buy a place with a sibling, do it. Yes the market can crash, but historically it’s always trending up.

Don’t fall into the trap of waiting for something that doesn’t come while passing up several entry points. Accept something less, something you can work on, but get in as soon as you can.

JW: Yeah that’s a really important point you’ve just made. That’s it for today, but I appreciate your time. Good luck with the new role and enjoy the sights of Melbourne!

TM: Thank you Justin, a pleasure.