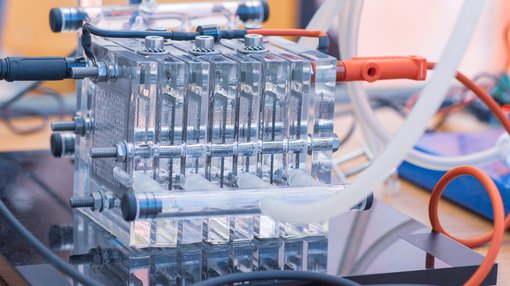 The Liberal Party is scrambling to process what just happened in Wentworth. In case you missed it (somehow?) the previously very safe LNP seat of Wentworth in Sydney has been won by independent Kerryn Phelps, via a shocking 18% swing against the government.

The loss of Wentworth results in a hung parliament, where the government will now rely heavily on crossbenchers to pass legislation, and so it represents a significant hit to the Libs from several perspectives. At this point, Scott Morrison must be reconsidering his public view on climate change and the country’s policies around it, even if his personal views remain unchanged.

Put it this way: you know things are really out of whack when the world's biggest mining company is calling for a price to be put on carbon while at the same time the Prime Minister seems to be all but denying the very existence of anthropic climate change.

Dr Fiona Wild, head of Sustainability & Climate Change at BHP, said this week that a landmark Intergovernmental Panel on Climate Change report was a clear call to all industries to reduce their emissions.

“We accept the IPCC's assessment of climate change science that warming of the climate is unequivocal, the human influence is clear and physical impacts are unavoidable,” she said.

“We believe that the world must pursue the twin objectives of limiting climate change in line with current international agreements while providing access to affordable energy ... And we believe there should be a price on carbon, implemented in a way that addresses competitiveness concerns and achieves lowest cost emissions reductions.”

Wild also made mention of the need for greater uptake of carbon capture and storage (CCS) in the steel-making business — which would require changing the perception of CCS as being a rival to other efforts towards reducing emissions, as well as more advocacy and supportive government policy. She then argued that CCS uptake should be encouraged via the market mechanism of carbon pricing.

“A market-based carbon price could minimise the costs of a low carbon transition by making clear the marginal cost of reducing emissions across all sources,” she said.

Another interesting bit of news out of our capital city this week relates to gas pipeline owner Jemena, who announced it will lead the country’s biggest trial of the generation and use of hydrogen — with an eye to sussing out its viability as an energy source for Sydney homes and businesses within just five years from now.

The $15 million trial will involve the construction of a device called an electrolyser at a site in western Sydney, which will use power from the grid to split water into hydrogen and oxygen — a process I wrote about in this column a few weeks back.

The idea is that some of the hydrogen gas (which, when burned, produces water vapour and heat) will be earmarked for a trial vehicle refuelling station. The rest will be combined with natural gas and add to the gas grid supply.

Discussion of hydrogen as a viable alternative energy source to fossil fuels is in the relatively early stages (although the idea was first conceived in the early 70s). A particular point of contention around hydrogen is how it can be moved — for example, as a liquid in the form of ammonia or liquid hydrogen — but particularly how it can be viably exported to other countries who perhaps aren’t as advanced with other renewables like solar.

On top of those factors, research and development into hydrogen took somewhat of a backseat in recent history, as the cost of solar power was rapidly reduced — presenting it as the obvious frontrunner for investment.

Since we last wrote about Mercury NZ Limited (ASX:MCY | NZX:MCY) there have been a few flies in the ointment with its acquisition of Tilt Renewables (ASX:TLT), a growing Australian and NZ wind power producer. The latest ASX announcement out from TLT stated in no uncertain terms: ‘The independent directors continue to recommend shareholders do not accept the inadequate offer from the JV [MCY and Infratil (ASX:IFT) are joint venture partners in the acquisition]’.

The JV made an offer at $2.30 per share, with TLT confirming to shareholders that the JV’s offer price will not be increased. Hanging in there, MCY and IFT have extended the closing date for the offer to 29 October.

Meanwhile, Carnegie Clean Energy (ASX:CCE), who took a hit recently with the government’s decision to cut R&D tax incentives for certain small caps, are down ~20% in the three weeks since we last mentioned them. Interestingly, on 5 October the small cap released an update which hinted that despite the R&D tax changes at a federal level, the WA state government would do everything it could to ensure that CCE’s Albany Wave Energy Project would remain financially viable.

The WA government released a statement saying that upon receipt of a detailed funding plan, it would assess whether CCE “has the financial capability, in an altered Federal R&D tax incentive environment, to complete the project”. It also affirmed the position held widely in WA, that the R&D tax changes threaten the bottom line of multiple companies from renewable energy to tech metals. In light of this, it confirmed it was “committed to protecting its investment and building safeguards in the project to minimise financial exposure”.

(Sounds like another case of the current government versus the environment, a stance that is not garnering it a lot of love from Wentworth voters or those trying to make money in the renewables boom — incidentally, groups which likely have some serious overlap.)

In the north, green energy play Genex (ASX:GNX) is up ~3.5% since we first wrote about them in early August, and all in all it is smooth sailing for the ambitious small cap and its Kidston Solar Project in QLD.