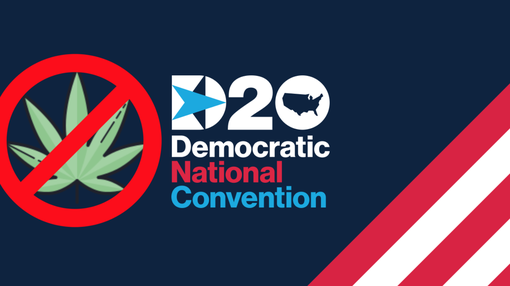 Last week, the U.S. Democrat Party held their 3-day-long virtual Democratic National Convention, in which prominent figures and Democrat supporters came out to highlight the strengths of the Democrat Party in the lead up to the November election. Appearances were made by Eva Longoria, Julia Louis-Dreyfus, and Michelle Obama, as well as many of the prior Presidential candidates from earlier in the year.

The DNC Convention served to highlight the differences between the Democrat Party and the Republican Party, namely by striking a tone of empathy, unity, civility, and normalcy. This was intended to highlight flaws that Democrats see in the current governance of Donald Trump, with frequent quips and jabs being made by speakers aimed at the current president.

For example, the former U.S. President, Barack Obama had this to say:

"[Trump has] no interest in treating the presidency as anything but one more reality show that he can use to get the attention he craves."

However, putting aside the more combative elements of the DNC Convention, the event was highly anticipated for one crucial reason which we've discussed previously, which was the growing belief that Joe Biden may be suffering from cognitive decline. This is exemplified in polling which shows that nearly 40% of voters have doubts around Biden's mental state.

However, these fears were somewhat squashed on the final day of the convention, when the Presidential candidate Joe Biden delivered a 25-minute speech, without hiccups or cause for concern. While some have argued that reading a speech is too low a bar to set for the next potential U.S. President, Biden's speech at least instilled confidence in his supporters that he isn't the self-described "gaffe machine" that many were beginning to believe he was.

However, for cannabis enthusiasts hoping for a reason to head to the ballots, they may felt left out of the discussion. Let's unpack this further.

As we've written previously, Biden has positioned himself – if only slightly – as the more favourable candidate with regards to cannabis, when compared with Donald Trump. While Biden has previously re-ignited the 'Gateway Theory' myth, he has more recently come around to the idea of decriminalising cannabis. This was edified in his 'Plan for Black America,' in which the Presidential candidate outlined that he would "decriminalise the use of cannabis and automatically expunge all prior cannabis use convictions, and end all incarceration for drug use alone and instead divert individuals to drug courts and treatment."

Initially, this announcement was both exciting and disappointing; at a time when many had hoped for more drastic measures like federal legalisation, it seemed rather piecemeal. However, decriminalisation on a federal level was still certainly a leap forward for the United States – particularly given that the current President Donald Trump seems relatively disinterested in cannabis.

In 2019, Kamala dropped out of her own bid to become President, following comments made by fellow candidate Tulsi Gabbard, who stated that Harris "put over 1,500 people in jail for marijuana violations, and then laughed about it when she was asked if she'd ever smoked marijuana."

In a political climate where virtually every Democrat candidate favoured some variation of cannabis legalisation, the confrontation between Tulsi and Harris portrayed Harris as an outlier on the topic of drug law reform.

Though Like Biden, Harris has also changed her tune on cannabis, having since become a sponsor of the Marijuana Opportunity, Reinvestment, and Expungement Act (the MORE Act) which seeks to not only legalise cannabis and expunge cannabis-related crimes from records, but also to allocate additional funding to people of colour to mitigate the racially disparate impacts of the Drug War.

No Mention of Cannabis at the DNC Convention

Despite the pro-cannabis atmosphere in 2019 during the Democrat primaries and Biden's and Harris's evolving stances on cannabis, there were no comments on cannabis legalization in the 2020 DNC.

This was somewhat expected, following news that The Democratic National Committee's (DNC) platform committee rejected a cannabis amendment last month. The amendment sought to make cannabis a central pillar of the Democrat Party's 2020 platform, however, it failed, receiving a 50-106 vote.

Though what could this mean for the future of the Democrat Party? Was the progress shown by Biden and Harris on cannabis merely performative? Or will cannabis law reform be discussed as promised under a Biden presidency?

Originally published on The Green Fund.

Louis O'Neill is a writer based in Sydney with a focus on social and political issues. Having interviewed local politicians and entrepreneurs, Louis now focuses on cannabis culture, legislation & reform.